Rush of tropical storms in Indian seas ahead, expect three cyclones in next 10 days 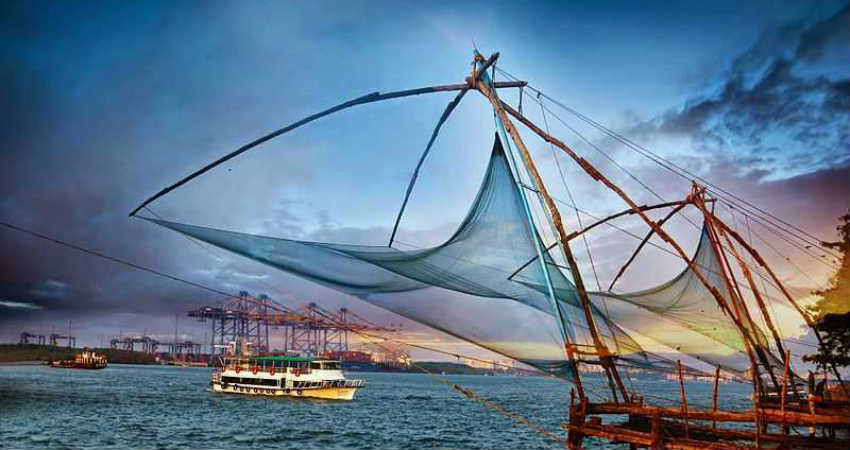 What once looked like cyclone free month, now seem to be a mere joke. According to the weather models, we are expecting rush of cyclonic storms in the coming days. To be precise, expect three tropical storms in the Indian seas in span of the next 10 days. They would make appearance back to back, with a gap of just two days among them.

We have already reiterated both the Indian Seas - Arabian Sea and Bay of Bengal are in active phase, courtesy IOD (Indian Ocean Dipole) and MJO (Madden-Julian Oscillation).

Beginning with the first likely tropical storm, Kyarr - the system is presently seen as a well-marked low pressure area in Central Arabian Sea. It would soon induce a depression in the next 24 hours and simultaneously moving closer to the coast in east-central Arabian Sea. Thereafter, by October 25, the system would start drifting away from the coast in west-northwest direction. It is then, the system would again enter the favourable zone of low vertical wind shear and warm sea surface temperatures of 29 degree Celsius - 30 degree Celsius.

The likely depression would be then most likely to intensify into deep depression and further into a cyclonic storm in quick succession by October 26. The maiden cyclone of the post-Monsoon season would continue to track west-northwestwards towards Oman or Yemen coast.

By October 27, the likely storm would cross the Tamil Nadu coast, around south of Chennai between Puducherry and Nagapattinam. The system would be giviing heavy to extremely heavy rains over several areas like Cuddalore, Nagapattinam, Puducherry, Pamban, Karaikal, Tuticorin and Chennai during this time.

The system would continue move inland across Kerala but would also weaken simultaneously. By October 28, it would again enter open waters of Arabian Sea off Kerala coast as a low pressure only. However, as it moves northwestwards, the system would again encounter humid winds, low vertical wind shear and water SST. As a result, within a span of two days, the system may strengthen into a tropical storm "Maha" in Central Southeast Arabian Sea by October 30.

Like Kyarr, this potential storm is also expected to track in similar direction towards Yemen or Oman coast.

Sometimes remnants of the powerful weather systems travel till Indian Seas, which once again comeback to life in the Indian open waters. We are expecting something similar to this.

A powerful storm is likely to effect Philippines by October 27, which would be then travelling to South China Sea  and would stay put over the sea for the next two days. By October 30, we expect the system with weakened intensity to reach Vietnam or Laos. Fro there, it is likely to travel to Gulf of Thailand via Myanmar and finally reach Bay of Bengal by November 1 or 2 as well-marked low pressure area.

As reiterated, Bay of Bengal is presently in an active phase, making conditions favourable for weather system to intensify further. Probability are high that the system is most likely to intesify into a cyclonic storm called 'Bulbul'. 'This would be first cyclonic storm to form in Bay of Bengal, this season.