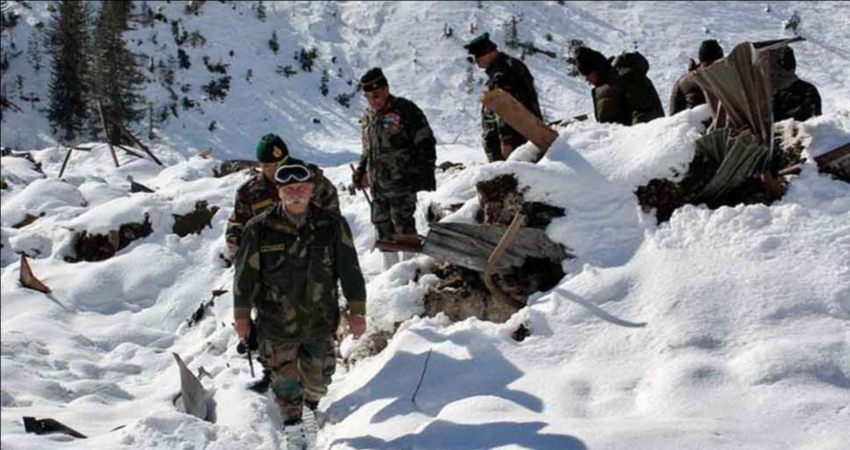 The higher altitude areas of Jammu and Kashmir, as well as Ladakh, have been experiencing moderate to heavy snowfall, while the plains were lashed by heavy rains.

On Monday night at 08:30 pm, four avalanches occurred in the state which killed 12 people including soldiers. On Tuesday i.e on January 14, 5 soldiers were trapped as an avalanche hit an army post in Machil Sector and a BSF jawan in Naugam sector was also killed while six others were rescued.

A rescue operation was launched but unfortunately, none of the soldiers could be saved. A village in Gagangir area of Ganderbal district was also struck by an avalanche on Monday night in which four civilians were rescued and other five were killed.

A fresh Western Disturbance has approached North Pakistan and adjoining areas which will bring light to moderate rain and snow in Jammu and Kashmir, Ladakh, Himachal Pradesh and Uttrakhand today.

On January 16, the intensity of these rains will increase and also there are chances of snow and hailstorm activities in Uttarakhand. By January 17, there will be a significant decrease in the weather activities in Jammu and Kashmir, Ladakh and Himachal Pradesh. However, Uttarakhand will continue to get moderate to heavy rain and snow until January 18.

Due to landslides and snowfall, many places in Jammu and Kashmir are already facing road blockages and this spell of rain and snow is likely to make the situation worse as an avalanche in this scenario cannot be ruled out.