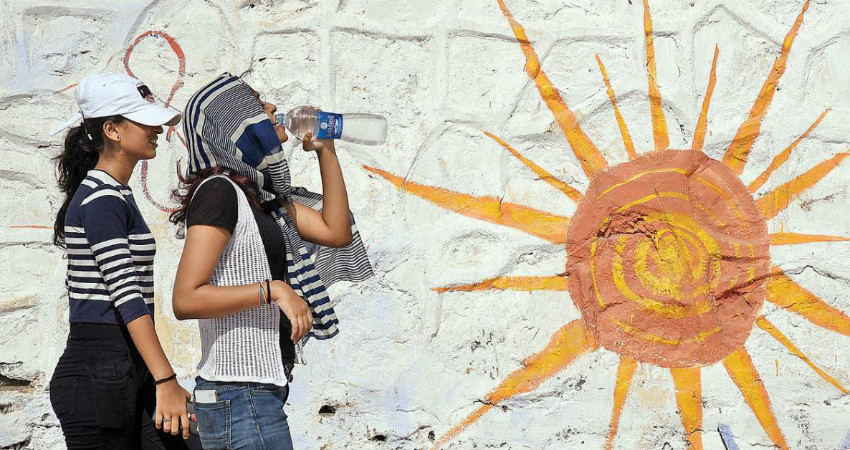 Severe heat wave conditions are being observed in parts of Vidarbha, while Madhya Maharashtra and Marathwada are witnessing heat wave. The day temperature in several districts of the region is settling close to 45°C.

Meteorologists at Skymet have issued a heat wave warning in Maharashtra for the coming two to three days. The reason for such heat wave conditions can be attributed to the absence of any weather activity. Usually during this time of the year, on and off pre-Monsoon activities are seen in Vidarbha and adjoining parts of Marathwada. While, the weather of Konkan and Goa and North Madhya Maharashtra is usually dry. However, in the last 10-12 days, the weather in Maharashtra has been dry. Prolonged dry spell along with hot and dry winds from the northwest are also blowing over the state, resulting in heat wave conditions.

No significant relief is foreseen for another two to three days. Thereafter, the severe Cyclone Fani which at present is in the Bay of Bengal would gradually reach Andhra Coast and humid winds will be replaced by dry and hot winds which would then reach Vidarbha and Marathwada.

Thereafter, temperatures might fall by two to three degrees leading to heat wave abating from few parts of Maharashtra. But the temperatures would still remain close to 40 degrees. Coastal stations along with Mumbai would escape the fury of this heat and maximums would settle in the lower or mid 30s.

Temperatures are likely to increase further so stay hydrated by taking fluids such as lemon juice, buttermilk and aam panna. And keep yourself covered whenever you step out in the sun.