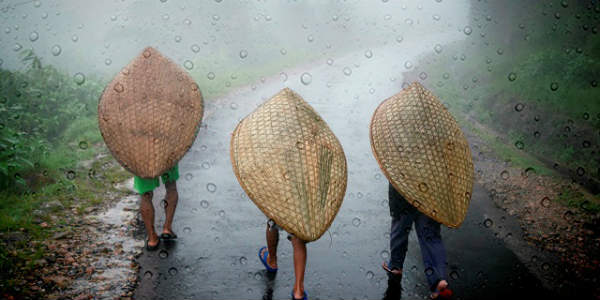 Since the onset of Southwest Monsoon 2018 over Northeast India, rain showers have been predominant with varied intensities.

Surveying the past few days weather, moderate to heavy rains have been lashing many parts of Assam and Meghalaya. With this, the devastating flood and landslides have claimed up to 23 lives till now.

Reportedly, over 4.5 lakh people have been affected at six districts in the current wave of floods in Assam. However, the situation showed a marked improvement yesterday, barring Assam.

During this juncture, places like Dhubri, Goalpara, Kokrajhar, Barpeta and Bongaigaon would witness heavy to very heavy rains. Thus, the incessant flood condition will worsen.

Thereafter, the intensity of showers will condense gradually, however light to moderate showers are anticipated to continue. With this, we do not presume any momentous relief in the coming week for the flood stricken region.

Meanwhile, as per weathercaster, East Assam, Mizoram and Tripura would have some respite from the noxious floods, as the rain intensity is likely to decrease.

Rainfall is presumed to significant reduce over the northeastern states of Mizoram and Tripura, wherein light rain with one or two moderate spells may continue.