Sikar, Alwar, Jaipur and Bikaner to observe winter rain during next 24 hrs 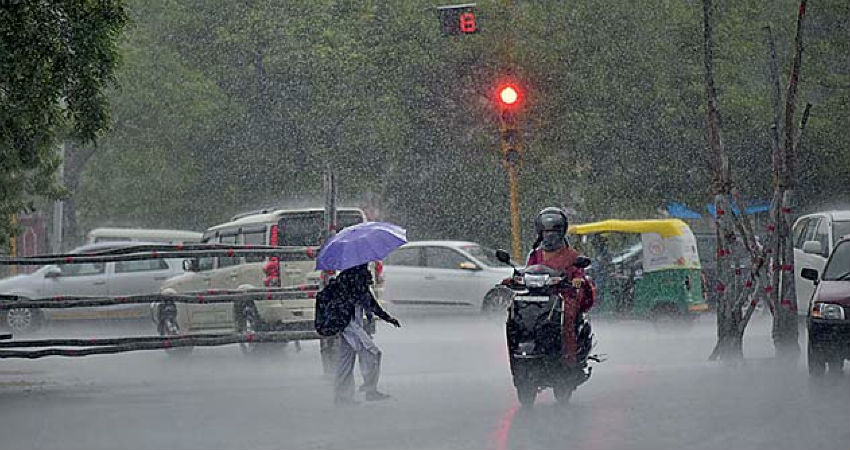 Winter rains have returned to the state of Rajasthan. According to 24-hour rainfall data, Jaisalmer has recorded 14 mm of rain, followed by Phalodi 8 mm, Barmer 7 mm, Bikaner 5 mm and Sri Ganganagar 12 mm from 8:30 am on Sunday.

These rains can be attributed to the induced Cyclonic Circulation over South Central Pakistan and adjoining West Rajasthan along with strong south-westerlies, feeding moisture from the Arabian Sea.

According to our meteorologists, with the eastward movement of the Western Disturbance, the induced Cyclonic Circulation would also move in the northwest direction. Hence, the rain belt is likely to shift towards North and Northeast Rajasthan and bring rain in Sri Ganganagar, Bikaner, Churu, Hanumangarh, Sikar, Alwar and Jaipur by today afternoon or evening hours.

These rains, however, are expected to be short-lived and weather might clear up tomorrow. However, this is not the end!

Next such spell of rain and thundershowers is likely in East Rajasthan around January 16. And during that time, we expect rains of good intensity over Bharatpur, Dholpur, Jaipur, Tonk, Ajmer, Bundi and Sawai Madhopur. There are also chances of isolated hailstorm activities during this period.