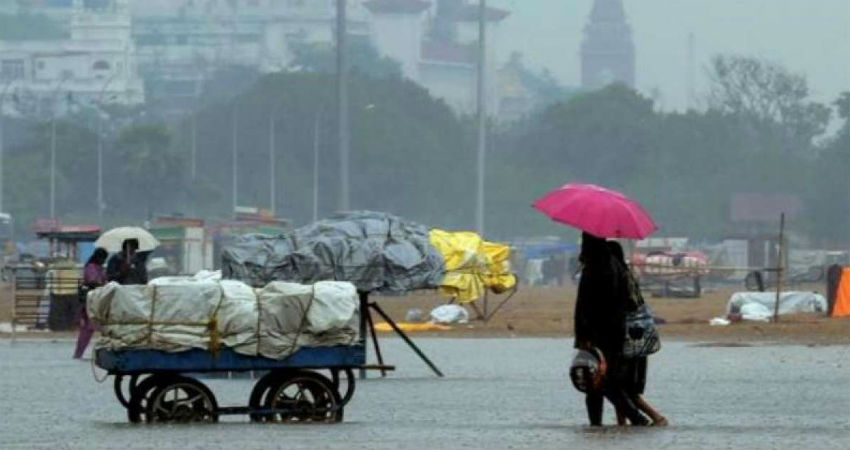 Skymet has issued a red alert in Tamil Nadu considering the chances of heavy rainfall during the next 24 hours in parts of the state. In view of heavy downpour, Fishermen have been advised not to venture into the sea.

Northeast Monsoon continued to remain active to vigorous over Tamil Nadu and thus has resulted in heavy to very heavy rains during the last 24 hours.

Under the influence of these systems, heavy to very heavy rainfall would continue over Tamil Nadu for another 24 hours. Places like Karaikal, Salem, Tondi, Adirampattinam, and Madurai stand a chance to witness these rainfall activities. The capital city of Chennai would witness moderate to heavy rain during the same time frame.

After the next 24 hours, rains would taper down, but scattered rain with one or two moderate spells would continue. Similarly, Chennai rains would ease down after 24 hours.

Another good spell of rain and thundershower activities is likely on October 28, in the wake of a Cyclonic Circulation over the Bay of Bengal.

Since the beginning of October, on and off rains have been appearing over Tamil Nadu. Although the intensity remained on the lower side during the first seven days of October, the second week saw a gradual increase in rains. And in the last two to three days, rains have been intense, so much so that the state is standing rain surplus at 3% as on October 21 (rainfall data from Oct 1 to 21).