Snow in Kashmir, Himachal, Uttarakhand brings life to halt, no relief in the coming week 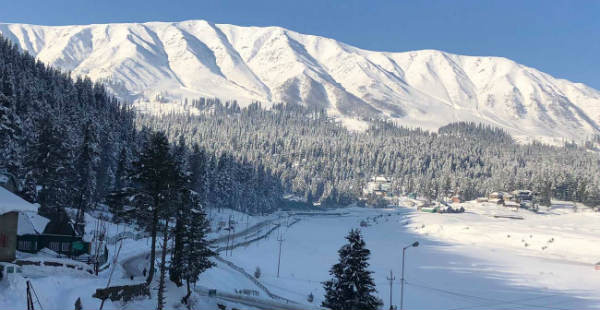 All the three hilly states of North India i.e. Jammu and Kashmir, Himachal Pradesh and Uttarakhand have been experiencing widespread rain and snow since the end of December. So much so that the ongoing on and off downpour has brought normal life to a standstill. Several national highways and roads have been shut, while several schools and universities have been closed and locals are forced to remain indoors.

Weather has been extremely chilly, with severe cold wave sweeping all across these three states. Not only this, electricity has also been snapped and water supply has also been hit in several districts of Himachal Pradesh and Uttarakhand. Moreover, weathermen do not expect any major relief in the coming days as on and off rain and snowfall would continue.

According to Skymet Weather, due to the frequent passage of Western Disturbances over the higher reaches in December, Jammu and Kashmir recorded good rainfall activity. Meanwhile, Himachal Pradesh and Uttarakhand remained highly deficient. However, since the beginning of January, widespread rain and snow has been affecting all the hilly states of North India. In fact, since the last week, moderate rain and snow has been affecting many parts of Himachal Pradesh and Uttarakhand.

These rains have been attributed to the Western Disturbance presently over eastern parts of Jammu and Kashmir. This system is now moving away eastwards. Therefore, we expect a short break from the ongoing rain and snow for the next 24 hours. But still due to the remnants of the system, fresh spell of rain and snow in few pockets over the northern hills cannot be ruled out.

Further, another Western Disturbance is likely to approach the hills of North India around January 15 and 16. Hence, we expect rain and snow to once again make a comeback after a short break. Thus, we can say that, on and off rain and snow would continue over the northern hills for the coming weekend i.e. around January 18 and 19.

Furthermore, between January 21 and 24, we expect widespread heavy rain and snow to occur over Jammu and Kashmir, Himachal Pradesh and Uttarakhand. During this period, we expect many disruptions to occur such as road blockages, landslides, avalanches etc.