Soaring temperatures to increase risk of more Avalanche in Uttarakhand 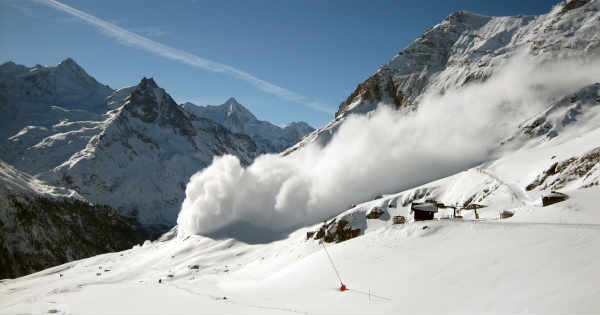 With heavy avalanche in Harshil Valley of Uttarakhand on March 30, the flow of one stream of Ganga Bhagirathi was blocked for some time. However, the flow of the river has become normal now. The experts have to say that with rise in temperature, whatever snow and ice gets accumulated tends to lose its ground. Thus, danger of avalanches in glaciater regions is at its peak. Harshil valley, including Gangotri Dham is completely snowy because of severe snowfall in the Gangotri Himalayan region.

The avalanche from 600 metres high reached Bhagirathi, in front of the mouth point between Mukhba and Jangla. Tourists on their way back from Gangotri also witnessed the avalanche.

The avalanche came down in the shape of the river of ice and for sometime it stopped the flow of Ganga Bhagirathi. However, after a while the water cut off the ice and made its way and the river flow became normal.

It could have been a major threat to the population area or to human movement in this area. Fortunately, no casualties have been reported. Mukhba-Jangla foot path also got damaged with giant trees and stones coming down in avalanches.

In the month of March, Uttarakhand was rain deficient by 41% unlike in the months of January and February. The temperatures over snow side remain little low and don’t rise phenomenally. Adding to this, the experts have to say that April is the month of transition for hills, as they switch from winters to pre-monsoons. During this month, the risk of avalanches is at its peak.