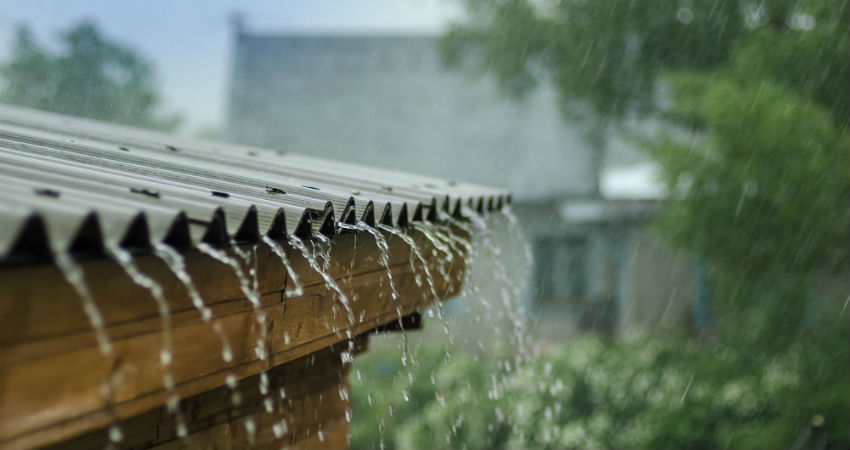 Much awaited monsoon 2021 has commenced its journey across the Indian subcontinent. Prediction of oceanic parameters like La Nina, Indian Ocean Dipole (IOD), and MJO stand an efficacy test during the 4-month long season. All 3 monsoon drivers are independent of each other but collectively can deface monsoon or act as a force multiplier as well.

Marginally cool Pacific Ocean conditions prevailed during the month of May and transition to neutral is expected to complete during June. Nino index 3.4 is the principal measure for monitoring, assessing, and predicting ENSO.

The Pacific Ocean will be dominated by a 'neutral' component (>50%) through the season, followed by La Nina and El Nino having incremental rise, the former claiming a bigger share than the latter. 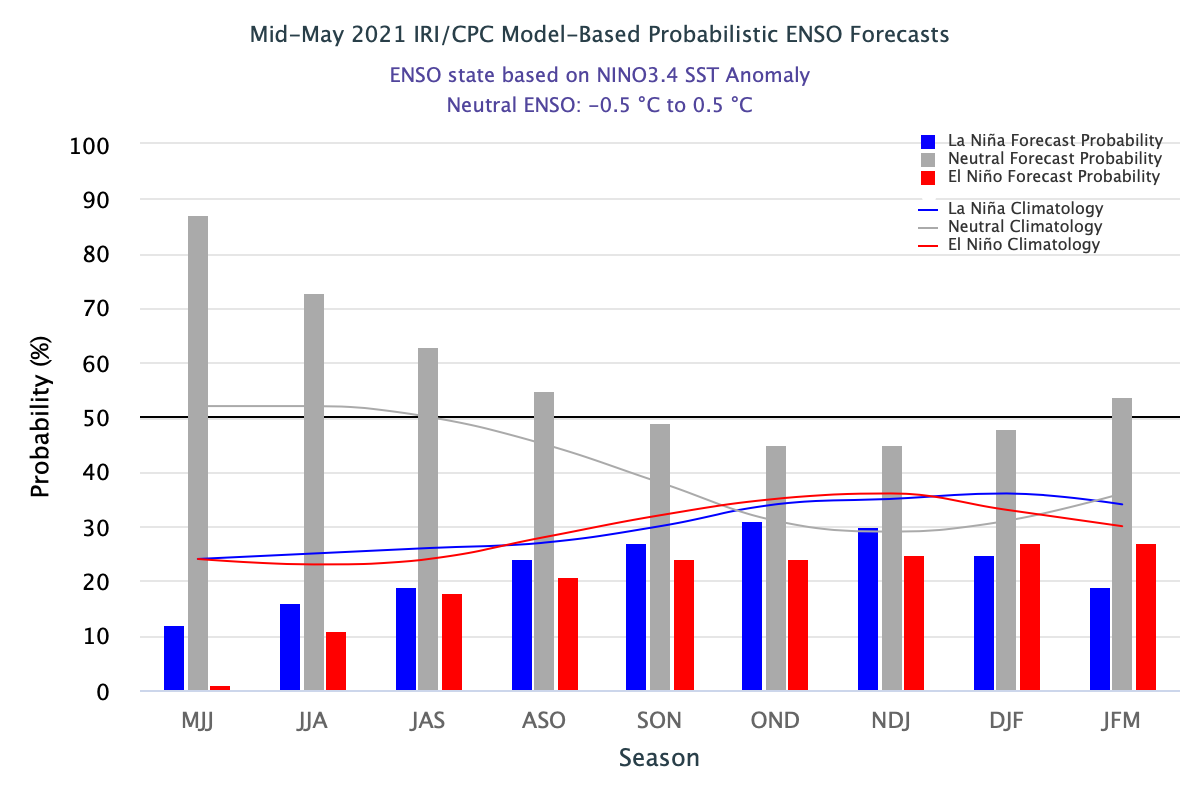 IOD is fluctuating largely with below normal temperature persisting through the season but remaining within the threshold of neutral bounds. The latest value of the index is -0.46 degrees Celsius as on 23rd May and the updated score will be available on 08th June. IOD is defined as the sea surface temperature difference between the west equatorial and east equatorial Indian Ocean. 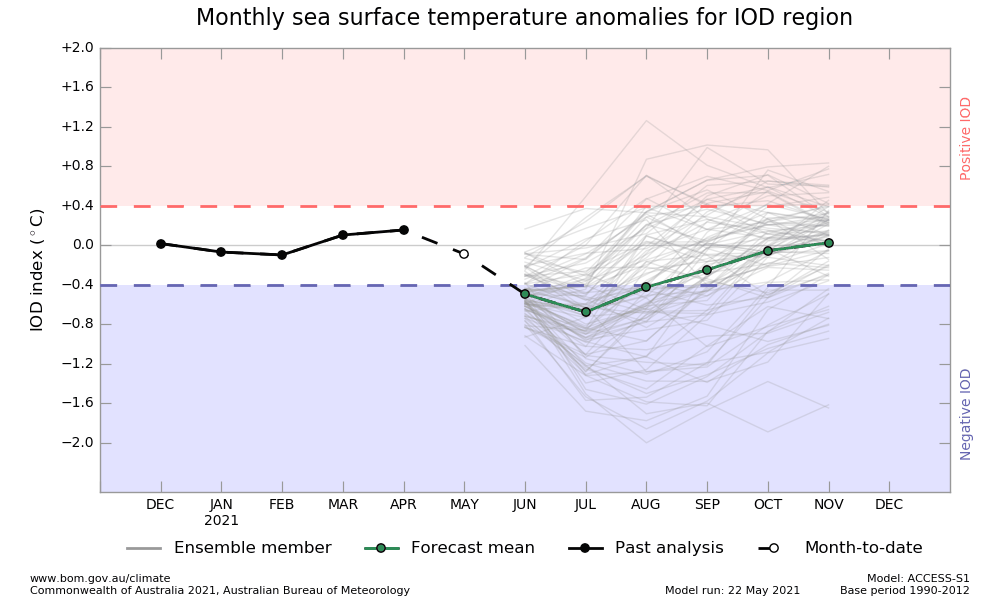 Madden Julian Oscillation (MJO) is currently sailing far from the monsoon regime. MJO is a pulse of clouds and rain transiting along the equatorial belt around the globe impacting and altering weather conditions over a specific region. Intraseasonal variability in the atmosphere which is often related to the MJO can significantly smash the surface and sub-surface conditions across the pacific ocean.

MJO is expected to move to phase 1 and 2 during the next week and move across the Indian Ocean. This possibly will enhance the monsoon activity over the Bay of Bengal around that time. Monsoon depression is likely to form in about a week's time to coincide with its passage and invigorate monsoon current to accentuate rainfall activity.