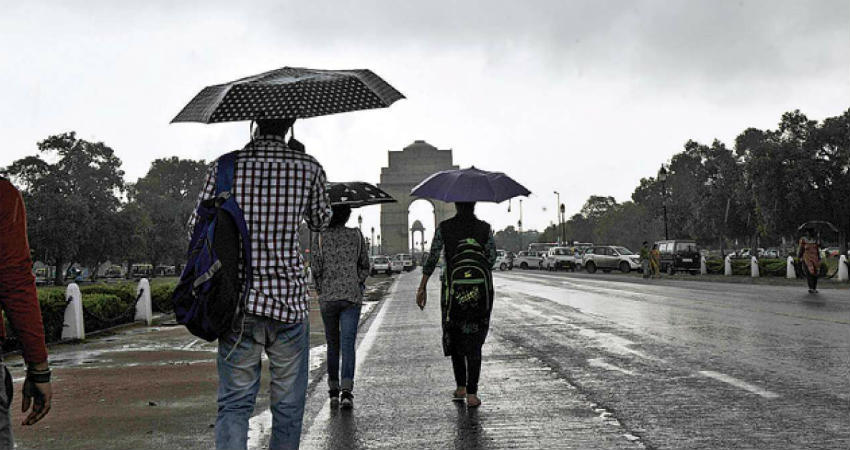 Monsoon is a four-month long season and the Monsoon rains are very important for the agriculture sector. During the Monsoon season, some places witness drought, while some observe flood-like situation. The time and spatial distribution of rainfall during Monsoon are also very important. Therefore, all eyes are focused on rainfall patterns.

Active and dormant are the cycles of Monsoon. The Long Period Average (LPA) for four months is 887 mm starting from June 1 and ending on September 30.

On the first day of the Monsoon season which is June 1, about 3 mm of rain is recorded. This then gradually rising to 8 mm by the end of the month. The rainfall peaks during mid-July and reaches to 10 mm per day. It then remains in the limit of 9 to 10 mm per day till mid-August.

Thereafter it starts tapering and reaches to 7 mm by the end of August and lasts till mid-September while the season closes at 4 mm of rains per day. So, this is basically the cumulative distribution of rainfall in the country.

This Monsoon, rainfall in June remained deficit by 33% and the month of July commenced on a satisfactory note due to two consecutive weather systems. The month of July especially between July 6 to July 12 was rain surplus as these hefty rains helped in pulling down the season’s deficiency from 33% to 12% on July 11.

Apart from the delay in Monsoon onset and a large deficiency in June rains, the skewed distribution of rainfall has emerged as another cause of concern for the agriculture sector.

Thus, we can say that the overall rainfall deficiency in the country till Sunday was 12.5% over the long period average, an improvement from June’s 33% — the highest deficiency in June in four years. The sluggish Monsoon has impacted the sowing of summer crops.

Subsequently, the setting of the Break Monsoon condition has arrested this drop and the deficiency remained at 12 for three consecutive days that is July 11, 12 and 13.

According to weathermen, this trend is expected to last for another four to five days wherein the deficiency is possibly going to increase, and it could even touch 15%. This too will be arrested on the account of Low-Pressure Area in the Bay of Bengal. Till date, season’s normal has reached around 300 mm against the LPA of 887 mm.