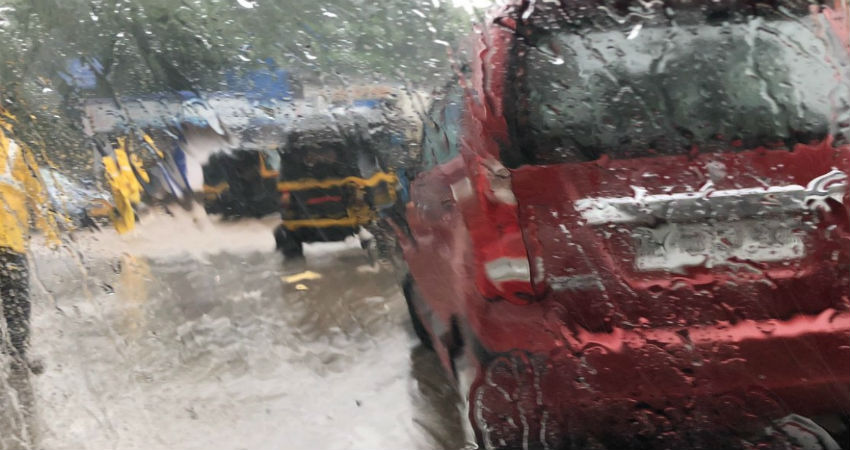 Mumbaikars woke up to a pleasant morning as Mumbai Monsoon rains continued to drench the city on Saturday as well. For the last few days, the city has been witnessing light to very light rains. The city had last seen heavy rains on August 5 to the tune of 62 mm.

During the last 24 hours from 8:30 am on Friday, the city has seen 11 mm of rains. Since morning also, sporadic rains have been going on in parts of Mumbai and suburbs. According to weathermen, we do not see any strong convective clouds over the region and thus, heavy rains are not expected but one or two intense spells cannot be ruled out.

Similar weather conditions would prevail for the next two three days. Thereafter, rains are likely to increase by August 28 on account of fresh Monsoon surge.  These rains would peak on August 29 and 30, wherein we can expect moderate to heavy rains. This may lead water logging in some parts of the city as well.

These rains have led to pleasant mornings and evening, with warm and humid afternoons.

Out of the four Monsoon months, two have performed well this time. However, August is under-performing. And we have to wait to see what September has in store for the city. Mumbai has recorded 333 mm of rain so far against the August normal of 585 mm. And with only a week left for the month to get over, we might not expect Mumbai rains to catch up with the deficiency.