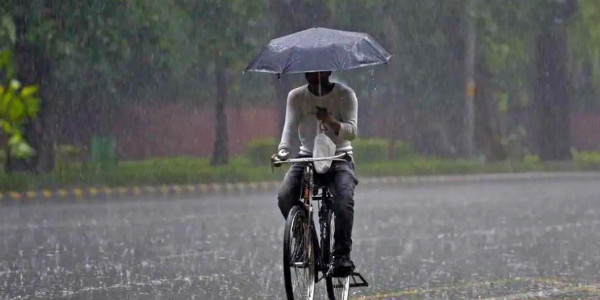 As the entire North India is gearing up for a rainy spell tomorrow onward, the state of Rajasthan is also set to receive its share. As we know a fresh Western Disturbance has approached Jammu and Kashmir, it is likely to induce another weather system in the form of a Cyclonic Circulation over the plains. This will bring along isolated rains over North and Northwest districts of the Rajasthan, especially Sriganganagar, Hanumangarh, Churu, Bikaner, Jhunjhunu, Alwar, and parts of Jaisalmer.

Minimum temperatures over these areas have already increased by two to three degree Celsius. A further increase of two to three degrees cannot be ruled out in the next two days, courtesy- warm and humid South-westerly winds and increasing cloud cover.

Weather is not expected to clear up until February 8. After the weather clears up this Friday, both day and night temperatures will fall. The reason for this can be attributed to the commencement of icy cold northerly winds from Western Himalayas. Minimums are even expected to drop and go down below the normal mark at many places. This clearly paves way for the comeback of winter chill by February 8 and 9.

This year, winter rains have been exceptionally good for the state. The state is running rain surplus by 18% as of now. If we consider West Rajasthan, it is surplus by 79%, whereas East Rajasthan is at par with a deficiency of just 1%. These rains will further make an addition to the rain surplus.