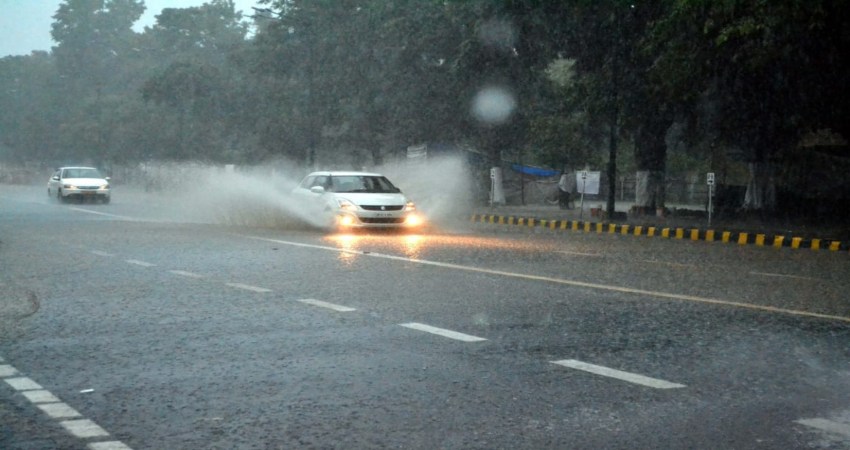 The state of Odisha from June 1 to September 12  is rain surplus by 5% as it has experienced good rainfall activities during the entire Monsoon season.

And good rain is still being observed in the state. In a span of 24 hours from 08:30 am on Wednesday, many parts of Odisha have received moderate rain with few heavy spells. These rainfall activities are due to the Axis of Monsoon Trough that is currently passing through Gangetic West Bengal via Digha. This weather system is running in the vicinity of Odisha. A Cyclonic Circulation is also persisting over North Bay of Bengal which is adjacent to Gangetic West Bengal.

Due to these weather systems, Odisha experienced moderate to heavy rainfall activities. Places such as Sundargarh received 100 mm of rainfall, Sambalpur received 40 mm, Cuttack recorded 44 mm, Bhubaneswar 41 mm, Paradip 15 mm and Chandwali recorded 17 mm of rain in a span of 24 hours from 8.30 am on Wednesday.

Today, we expect good rainfall activities to continue over some parts of Odisha. Rain would be more heavy and widespread over the northern districts of the State.

As predicted by the weathermen, rainfall activities would reduce by September 13. The intensity of the rain by tomorrow will become light to moderate.

With this spell of rain, we expect the surplus in Odisha to increase further.

Some districts like Jharsuguda, Baleswar, Baripada, Bhubaneswar, Cuttack, Sambalpur and Angul will still get to see moderate intensity rain and thundershower. The intensity of rain in Malkangiri, Koraput, Gajapati and Gunjam would be light.

Thus, we do not expect flooding rain but there could be chances of waterlogging at some places in Odisha.