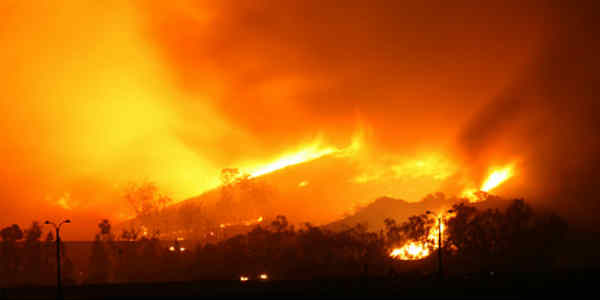 Tasmania wildfires have become major has residents have been asked to flee the area. Emergency services have been stretched to the limit for to bushfires increasing in numbers. Strong winds along with dry air only adding to the woes.

At present, there are 63 active fires which are being closely monitored by the Tasmania fire service. Three of these fires are in Southeast region of Tahune, Western Hills on the West and the Central Plateau.

People of these areas have been asked to relocate to their nearest evacuation centres. Today has been considered as the worst fire danger day. Several containment lines may be broken by existing fires.

State Political Reporter, Ellen Coulter shared an image of a street of Geeveston where she mentioned of it looking like a ghost town. Conditions looked windy and the entire place smells like smoke with just a little bit of rain.

The main street of Geeveston is a bit of a ghost town. Very windy here, and smells like smoke, although there is a bit of rain. The family that runs the Post Office also owns a water truck, and is staying. The pharmacy is being hosed down. @abchobart pic.twitter.com/tMul9vPbR2

The Bureau of meteorology has said that there are thunderstorms expected due to which lightning strikes may also occur which further may ignite some more fire.

Bushfires continue to spread, and conditions continue to remain hot and windy. Currently a combined fire line of over 800 kilometres is there with 66000 hectares burnt.