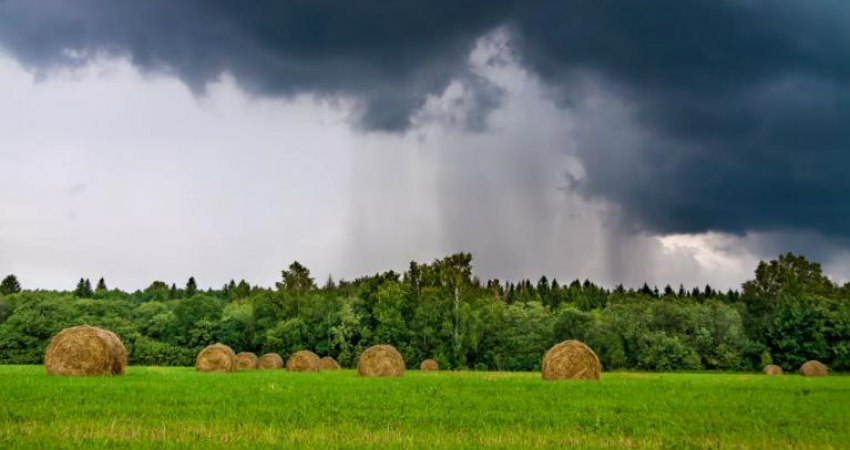 Though Monsoon might make a delayed entry into South India, pre-Monsoon rains continue to make an appearance over the area.

At present, a Trough can be seen extending from South Andhra Pradesh coast up to Tamil Nadu. A Cyclonic Circulation has also formed over Southwest Bay of Bengal which is moving towards the Tamil Nadu coast. The system is likely to move westwards. Another Trough is extending from East Madhya Pradesh to North of Telangana as an upper air system.

During the last 24 hours, scattered moderate rains occurred over extreme North Andhra Pradesh coast and adjoining Telangana in places like Kalingapatnam and Vijayanagaram. Also, some heavy rains were witnessed at one or two places in Tamil Nadu.

But no relief from hot weather came handy as heat wave conditions continued to prevail over the northern parts of Telangana. Also, hot and humid days were observed over Andhra Pradesh and North Tamil Nadu coast including Chennai.

In the coming days as well, scattered light to moderate rainfall is likely to continue over the interior parts of Tamil Nadu, some parts of North Andhra Pradesh coast and in few parts of Telangana. Isolated thunderstorm with light rains may occur over Telangana and Rayalaseema. Heat wave conditions will continue to persist over North Telangana. Hot and humid weather will prevail in the east coast of Tamil Nadu and Andhra Pradesh.

This rainfall activity will decrease after 24 hours, over the area. However, on and off rains will continue until the beginning of Monsoon.