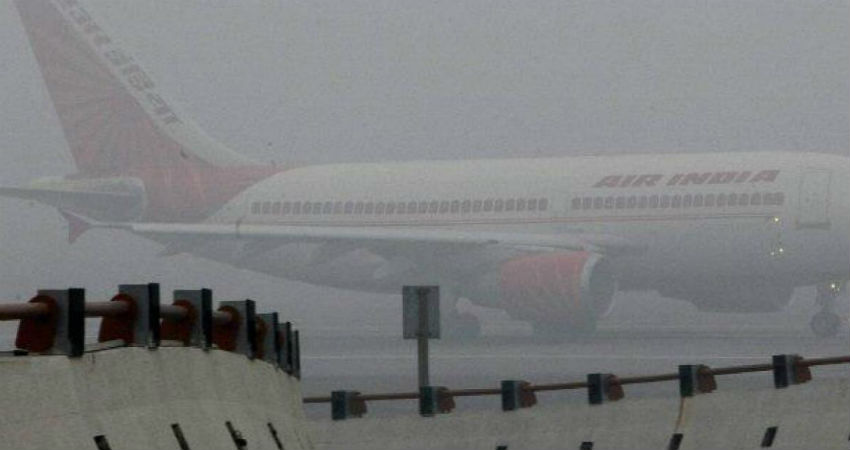 The residents of Delhi woke up to a very dense layer of fog today. The observatory at Palam recorded nil visibility while the runway visibility also dropped to just 150 meters during early morning hours.

The poor visibility has affected air traffic and vehicular movement. Flights are behind their scheduled time while some of them have been cancelled. And the airlines have asked the passengers to keep a track of their flight status.

For the past two days, dense fog has been engulfing Delhi and its adjoining areas of Noida, Gurugram, Ghaziabad and Faridabad. The reason can be attributed to light winds, high humidity and low temperatures.

According to our meteorologists, the layer of fog is expected to persist at least until 11 am. Thereafter, the day would turn sunny and the visibility levels may also improve. Moreover, winds are changing direction from easterly to north/northwesterly. These cold winds from the north direction are expected to pick up pace from tomorrow and blow with moderate to high speed.

Being strong in nature, these winds would not allow fog to settle down in the National Capital Territory for the next few days. The visibility is expected to remain good tomorrow onwards. In fact, pollution levels are also likely to improve and AQI may enter the ‘moderate’ category in a large part of Delhi and NCR.

No significant activity in terms of rain is expected in the region until January 27. Thereafter, there are some chances of rain due to the development of yet another fresh Western Disturbance.