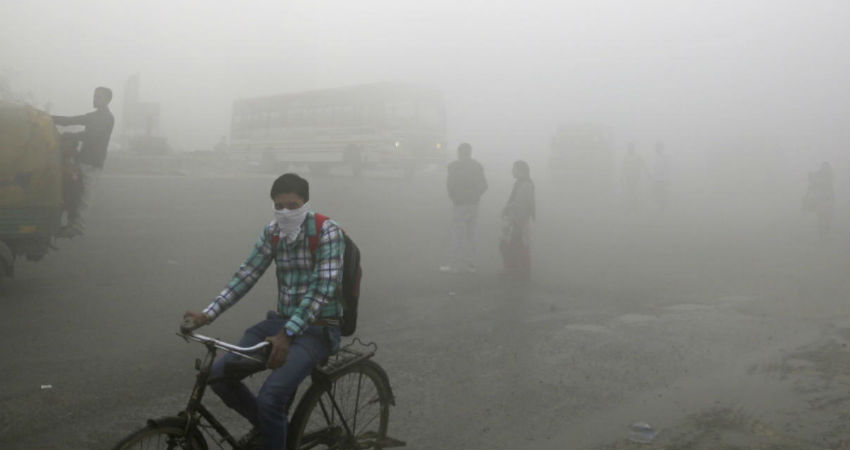 A thick layer of smoke has been gripping Northwest India including Punjab, Haryana, Delhi, North Rajasthan and West Uttar Pradesh for the last one week. There has been no sign of respite as this layer is only becoming dense day after day.

Despite clouding and isolated light rain on November 3, the situation continued to deteriorate further with Delhi pollution entering into the ‘very severe’ category on Sunday.

According to Skymet Weather, the Western Disturbance as an upper air Cyclonic Circulation is moving across northern parts of Jammu and Kashmir.

Due to this system, moderate northerly winds are likely to blow over the northern parts of the country. As a result of these winds, the layer of smoke would be pushed in the southeast direction and hence subsequently get weakened during the next 24 hours.

These rainfall and hailstorm activities would pave a way in washing out the air pollutants and improving the air quality of entire Northwest India.