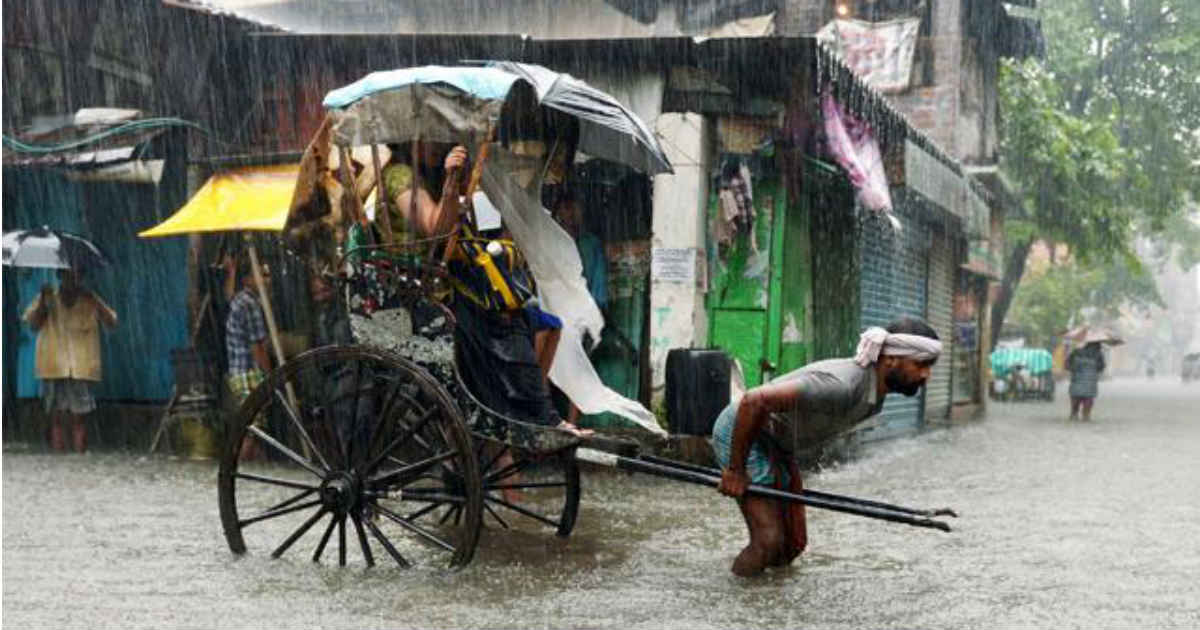 After recording on and off light to moderate rains for last many days, Monsoon took a vigorous turn in Kolkata on Friday. The Alipore Observatory in the city recorded extremely heavy rains of 138 mm in span of 24 hours from 8:30 am on Friday, bringing life to standstill. Dum Dum Observatory too recorded 90 mm of rain.

In fact, majority of rainfall was recorded within six hours only, wherein the state capital recorded 102 mm of rains between 2:30 pm and 8:30 pm.

One person was reported to dead, while 15 were injured in the rain related incident.

According to Skymet Weather, vigorous Monsoon conditions are here to stay, bringing in more rainfall. Weathermen are predicting heavy rains for city over the weekend. Rain in Kolkata would also be accompanied with thunderstorm along with lightning strikes. Thus, people are advised to take caution.

These rains can be attributed to the northward movement of the Monsoon trough, whose eastern end is travelling across Gangetic West Bengal, through Bankura and Digha that is in quite close proximity to Kolkata.

Moreover, strong southwesterly winds from Bay of Bengal are also reaching the state. We expect Monsoon trough to retain its position for some more time.

Thus, not only Kolkata but entire Gangetic West Bengal is likely to record heavy rains with few very heavy spells during the next two days.  Rains would reduce by August 19, but moderate rain and thundershower would continue. Thereafter also, some rains would continue.

So far, Kolkata has recorded 278 mm of rains in comparison to 344 mm of rains. With more rains in offing, we expect city to surpass its average with ease.