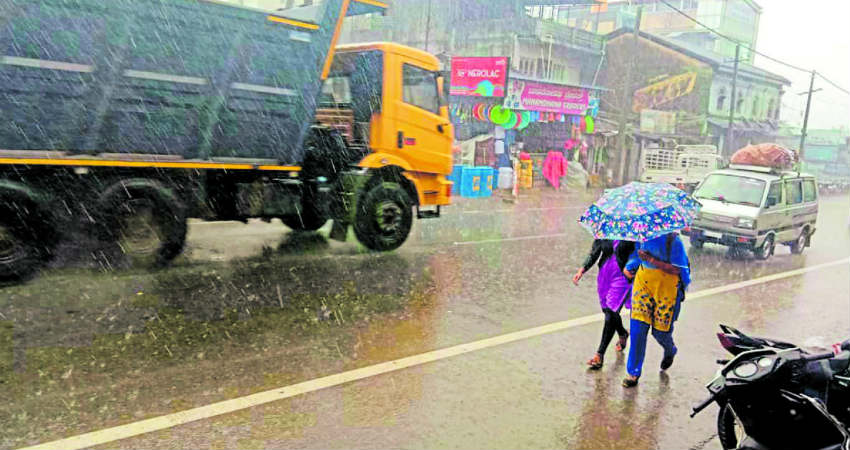 The experts have to say that the rain deficiency in Coastal Karnataka is expected to improve in the wake of likely Cyclone Vayu. Heavy to extremely heavy rains are expected over coastal stations of Karnataka like Mangalore, Honnavar, Karwar, and Madikeri starting today onward. While, the interior parts of Karnataka like Bengaluru, Mysore, Dharwar, Gadag, Gulbarga, and Bagalkot would get to see scattered light rains with one or two moderate spells.

A gradual increase in rains is expected to increase from tomorrow. These torrential rains will be due to a Depression which at present is in the Southeast and adjoining the East-central Arabian Sea. It will further intensify into a Deep Depression and subsequently in 24 hours into a Cyclone.

The experts are saying that the system will continue its journey in the North-Northwest direction along the Karnataka coast. These rains are expected to continue till June 12 or June 13. Thereafter, intensity might drop but light to moderate rains will continue. It is anticipated that Cyclone Vayu would help the state of Karnataka in gaining its surplus rainfall value.

High and turbulent waves more than 6-meter-tall are forecasted along the coast of Karnataka. The sea conditions would be rough to very rough and the fishermen are advised not to venture out in the sea during the same period. During this phase, wind speed is expected to reach 70-80 kmph gusting to 100 kmph for at least the next three to four days.