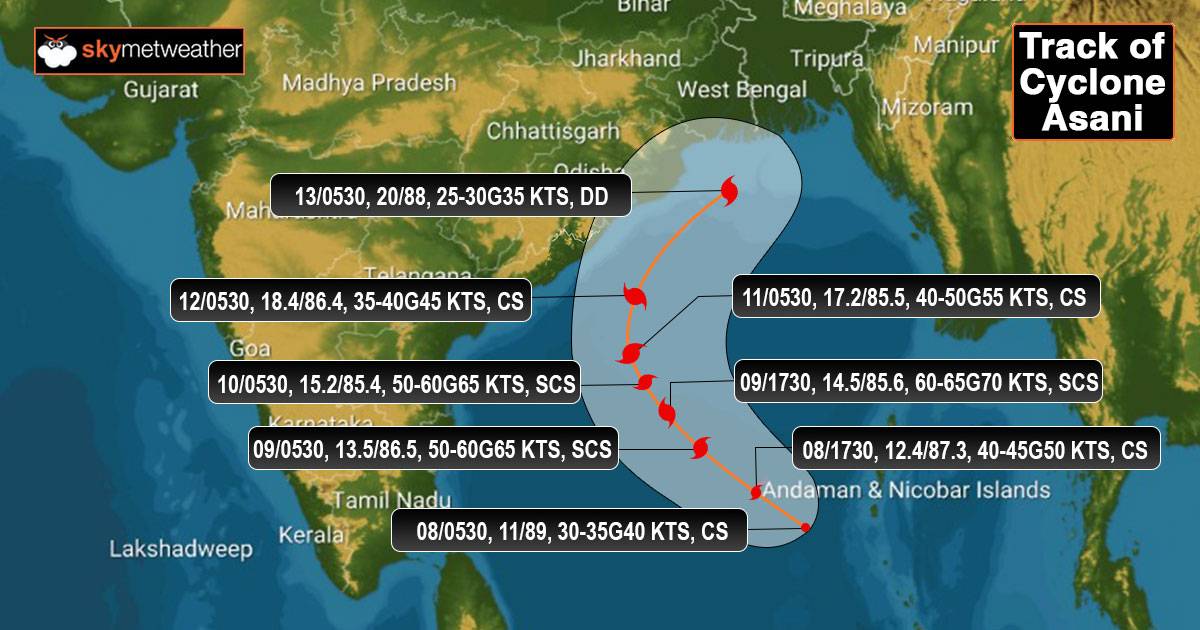 Depression in the Bay of Bengal intensified to a deep depression last night and has strengthened further to a tropical cyclone. The storm is centered around 12 degree North and 88 degree East, about 400km west northwest of Port Blair and 800km east of Chennai, at 5.30 this morning. It is likely to move northwestward for the next 24hr.

The cyclonic storm has consolidated quickly and sharp curved cloud bands are visible in the satellite imagery. Also, the storm has developed a central dense overcast circular cloud mass (CDO), as a sign of intensity. Compact core with deep convection is surrounding the CDO and low level cyclonic circulation. Further signs of feeder bands and substantial poleward outflow suggest its intensification to a severe cyclonic storm over next 24hr.

There are no clear indications of the storm striking the coastline, as of now. It may even start moving more of north- northwestward and recurve later towards north-northeast away from the coast. The storm movement is to be tracked closely for the next 24hr.

Dry and hot week ahead for Northwest India