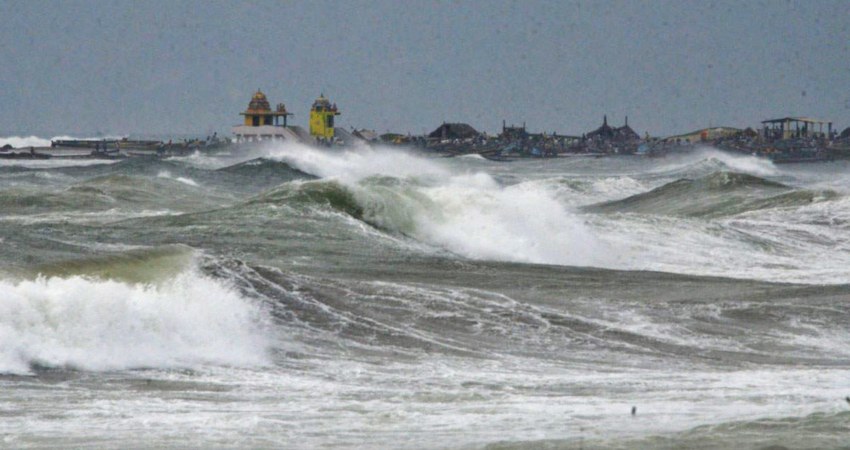 The low-pressure area which developed over the equatorial Indian Ocean and adjoining south Central Bay of Bengal has concentrated into a well-marked low. It may intensify into a depression by tomorrow morning and subsequently into a cyclone Nivar. The sea conditions are favourable for the intensification of depression into a cyclone as the sea surface temperatures are around 29 and 30 degrees. The vertical wind shear and positive divergence are also favourable. Cyclone Nivar will move in a westerly direction towards north Sri Lanka and South Tamil Nadu coast. As of now, landfall will be on the noon of November 25th near Karaikal.

Light to moderate rains has already commenced over South Tamil Nadu and Sri Lanka, and the intensity of rains will increase tomorrow. There may be heavy rain and thundershower activity over coastal areas of Tamil Nadu between November 23rd and 26th. Sea conditions will be rough to very rough along Tamil Nadu and South Andhra Pradesh coast during this period. Winds will be strong and waves will be high therefore, fishermen are advised not to venture into the sea during this period. Rain activities will gradually shift towards north Tamil Nadu by November 25th. Chennai, Puducherry, Tirupathi, and Nellore will get heavy to very heavy rains between November 25 and 26. Pamban, Ramanathapuram, Karaikal, Pudukkottai, Nagapattinam, Thanjavur, and Cuddalore will receive flooding rains.