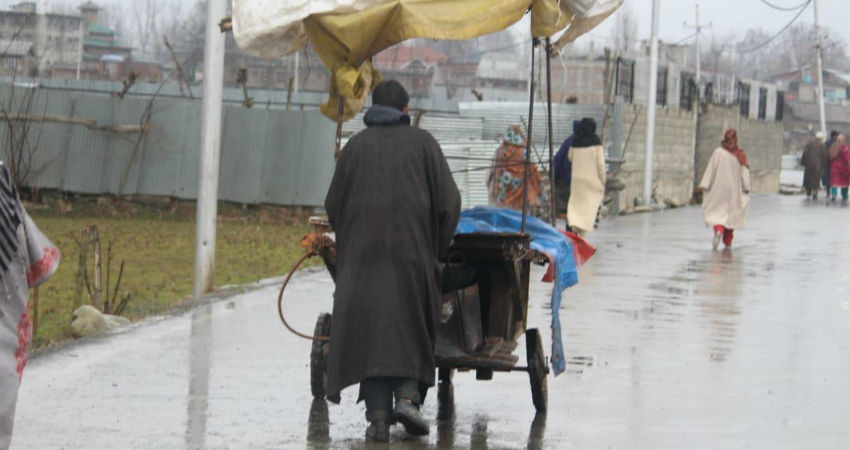 The hill state of Jammu and Kashmir has been receiving some good amounts of rain for the last two days. According to the rainfall data available with Skymet, Bhaderwa recorded 20.9 mm of rain in the last 24 hours from 8.30 am on Wednesday. During the same period Gulmarg, Banihal and Batote also received 19.2 mm, 11 mm and 7.8 mm of rain respectively.

Looking at the rainfall amounts a day earlier (June 2) Gulmarg recorded a whopping 61 mm of rain. Pahalgam and Quazigund also saw good amounts of rain to the tune of 54 mm and 50.4 mm respectively. The state capital Srinagar was also battered by heavy rain of 39.2 mm. Snowfall was also recorded in some higher reaches of the state.

Such good amounts of rain have caused rivers like Jhelum to flow close to the danger mark. Several low lying areas are under the threat of inundation.

However, the Western Disturbance that was responsible for this heavy spell of rain in Jammu and Kashmir has almost moved out of the region. The weather in the state is now going to be dry and pleasant for at least the next two days. This will give some time for the swelling rivers like Jhelum to recede, thus minimizing the fear of flood and inundation.

But a fresh Western Disturbance is again going to approach Jammu and Kashmir by June 15 and start giving rain in the region. This spell of rain is, however, going to be mild and will not pose any threat to the state in terms of flooding or inundation.

During this period (June 15- June 17) the neighbouring states of Himachal Pradesh and Uttarakhand will also observe light to moderate rain.

Any information taken from here must be credited to Skymetweather.com