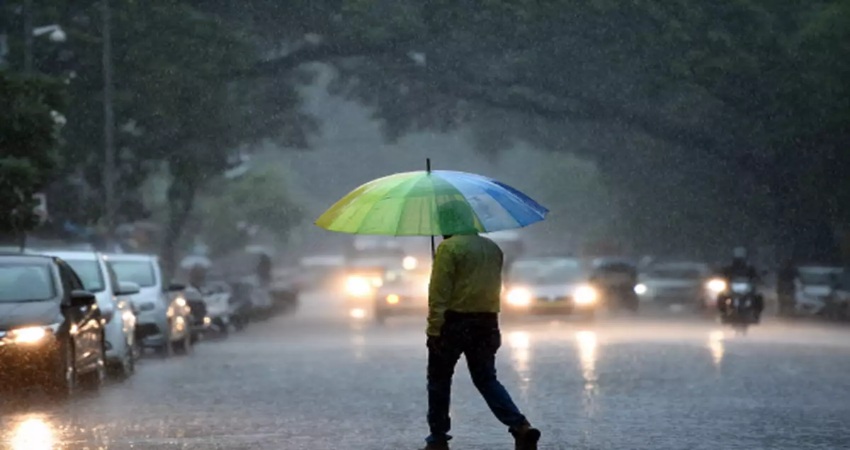 Rains have returned to parts of Maharashtra, wherein scattered rains have occurred over Vidharbha, parts of North Madhya Maharashtra and in isolated pockets of Marathwada. In a span of 24 hours from 08:30 am on Thursday, places such as Aurangabad recorded 3 mm of rain, while Akola and Amroti received 1 mm each. Vardha, Nagpur and Gondia too recorded very light rainfall activities. In fact, isolated hailstorm activities were also seen in Jalgaon district.

The reason behind these rains is due to an active Western Disturbance which had induced a Cyclonic Circulation over the northwestern plains. From this Cyclonic Circulation, a trough is also extending up to Vidharbha. Moreover, humid southeasterly winds from the Bay of Bengal have also been feeding moisture.

Now, this trough is weakening but it might give some isolated light rain activities over most of the parts of Vidharbha including Pune.

By tomorrow, the weather will start clearing up. With this, cold northerly winds from ice capped Western Himalayas will commence, leading to a decrease in the minimum temperatures over many parts of Maharashtra. There might be a drop in mercury by 2-3 degrees celsius.

Mumbai is also very likely to witness a fall of around 2 degrees Celsius in the coming two to three days. North Madhya Maharashtra and Vidharbha would start experiencing cold nights by December 15 or December 16.