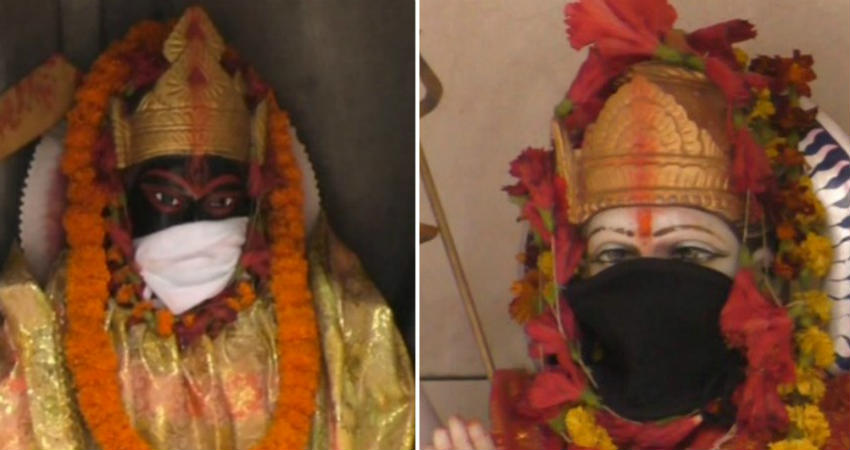 Pollution levels in the northern parts of the country have been wreaking havoc. So much so that even gods have to cover their noses. While it might not be the case for Gods all across, but Varanasi is definitely doing something to take care of their Gods.

A priest of a temple in Varanasi decided to cover the deities mounts so as to protect them from toxic levels of Pollution. It happened at the Shiva-Parvati temple in Varanasi where the temple priest covered the deities idols with cloth masks. When he was asked why he did such thing, he responded by saying that if deities can be given blankets during the winter season and new clothes during festivities, why not give a mask when pollution levels are high.

He also mentioned that after seeing the deities covered in masks, the devotees were also inspired to wear masks themselves, so it has been a win-win situation.

Moreover, with the pollution levels being sky high, The Uttar Pradesh CM Yogi Adityanath asked the Lucknow administration on Monday to implement the odd-even traffic scheme as soon as possible. This  decision was followed by the ruling of the Supreme Court to curb stubble burning and authorities were rapped by the court.