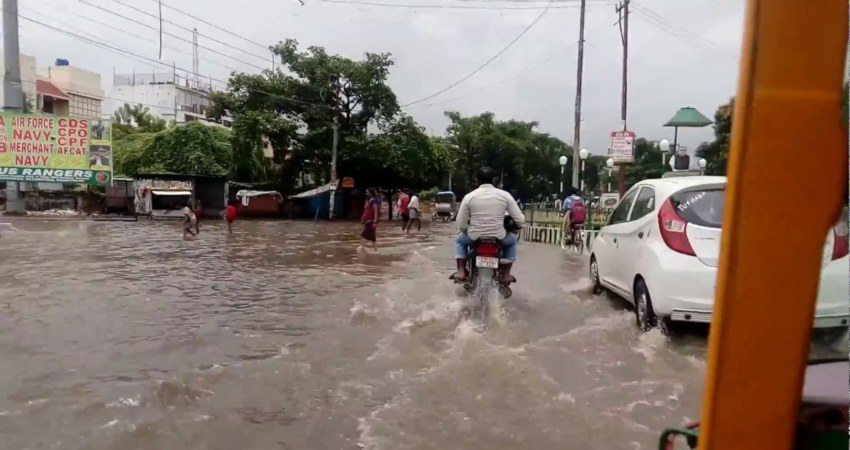 Since last many days, good rains have been witnessed over many parts of Uttar Pradesh. As a result, East Uttar Pradesh is only deficient by 10% now (+/- 19 is considered normal) while  West Uttar Pradesh saw a marginal drop in deficiency figure which stands at 26%.

These ongoing Monsoon rains were due to the Low Pressure Area over South East Uttar Pradesh. This Low Pressure Area has now become less marked but a Cyclonic Circulation is still persisting over the same area. Therefore we expect few moderate spells of rain to occur over East and Central parts of Uttar Pradesh until tomorrow.

Thereafter, the rain belt will shift southwards and as per weathermen, we expect good rains on August 25 in the southern districts of the state.

The rainfall activities will be less over West Uttar Pradesh as compared to East and Central Uttar Pradesh during this period. Thereafter, rains will reduce over the entire state but places in East Uttar Pradesh like Varanasi, Jaunpur, Sultanpur, Chitrakoot, Prayagraj, Fatehpur, Raibareilly, Lucknow and Kanpur will receive good rains.

Any information picked up from here must be credited to Skymet Weather.com