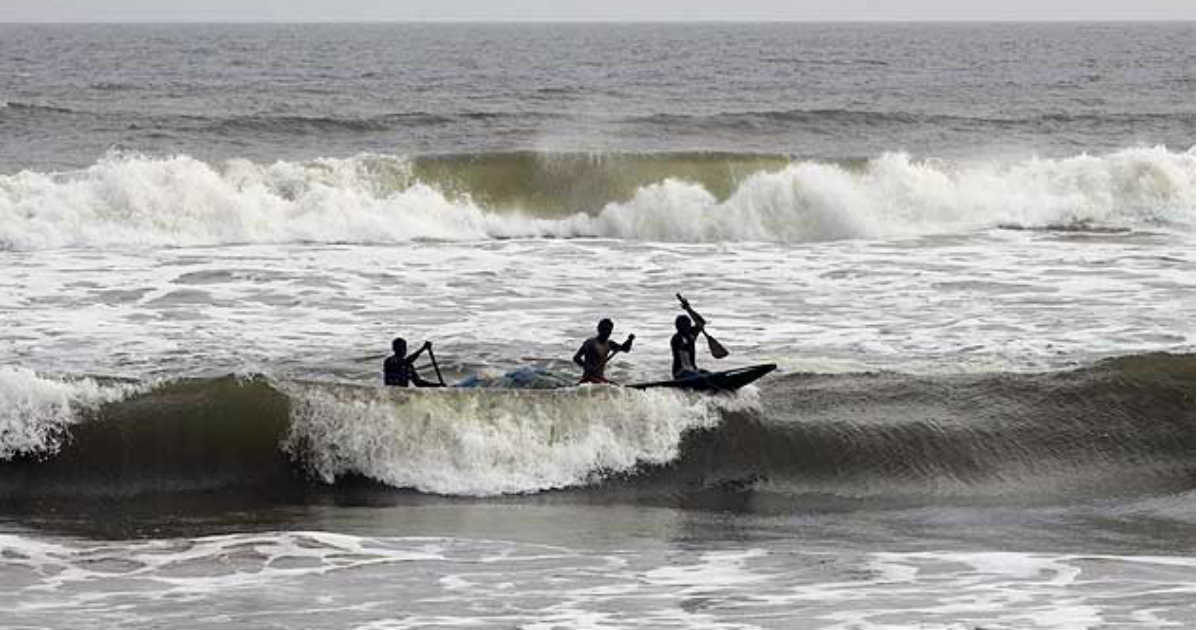 The system would now track north-northwestwards for the next 12 hours and subsequently in north direction, getting closer to the coast. By tomorrow morning i.e. November 9, Bulbul would be abeam Paradeep, thereafter re-curving north-northeast. At this time, the system would slow down a little bit. 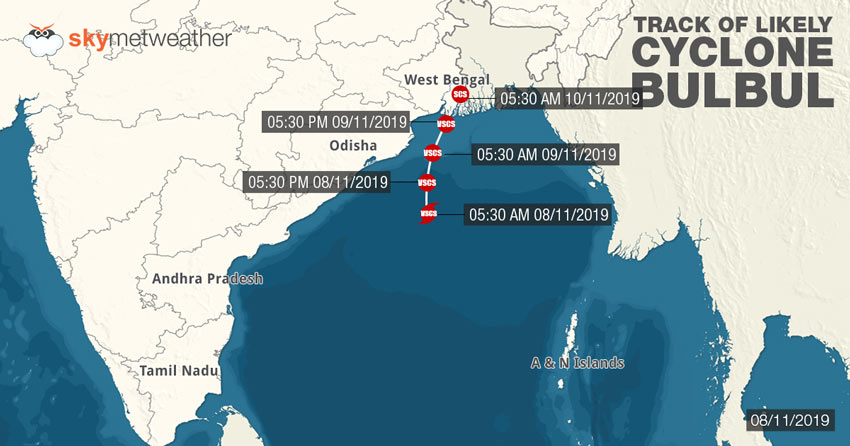 According to weathermen, Cyclone Bulbul is likely to make landfall during the early morning hours of November 10 at Indo-Bangladesh border between Sagar Island, West Bengal and Khepupara, Bangladesh. However, as Bulbul approaches the landmass, dry air and increase wind shear would start weakening it but would continue to be of great damage potential.

Very Severe Cyclone Bulbul is likely to make landfall as a severe cyclonic storm. At the time of landfall, Bulbul would be triggering high velocity winds to the tune of 100-110 kmph gusting up to 130 kmph.

We would start seeing the impact of Very Severe Cyclone Bulbul from today evening itself. In wake of this, red alert has been issued for West Bengal and Odisha.

Although maintaining safe distance from the coast, Cyclone Bulbul would start lashing coastal parts of North Odisha and West Bengal Friday evening onwards. We can expect moderate to heavy rains tonight with squally winds to the tune of 70-80 kmph gusting up to 90 kmph.

Rains would peak on November 9 as Bulbul would be abeam Paradip by tomorrow morning and much closer to the coast. As a result, heavy to very heavy rains with few some torrential showers would lash North Coastal Odisha that includes Puri, Chandbali, Balasore, Paradip, Bhadrak, Jagatsinghpur, Kendrapada and Baripada during the next 24 hours.

As Bulbul moves further, we can expect significant decrease in rains over Odisha on November, but outer periphery of Bulbul would continue to give moderate rains with few heavy spells of Sunday as well.

West Bengal would be on receiving end as state would see prolonged rain activities. We can expect torrential rains over coastal parts of West Bengal on November 9 as well as November 10. More than rain, it would damage potential winds which would bring more destruction. Places like Digha, Sagar Island, North and South 24 Paraganas, Hooghly, Howrah, Canning, Diamond Harbour, Canning and Kolkata would be on alert.

Complete suspension of fishing activities are advised off and along the coast for the next 48 to 72 hours. Locals in the low lying areas are also advised to stay indoor.