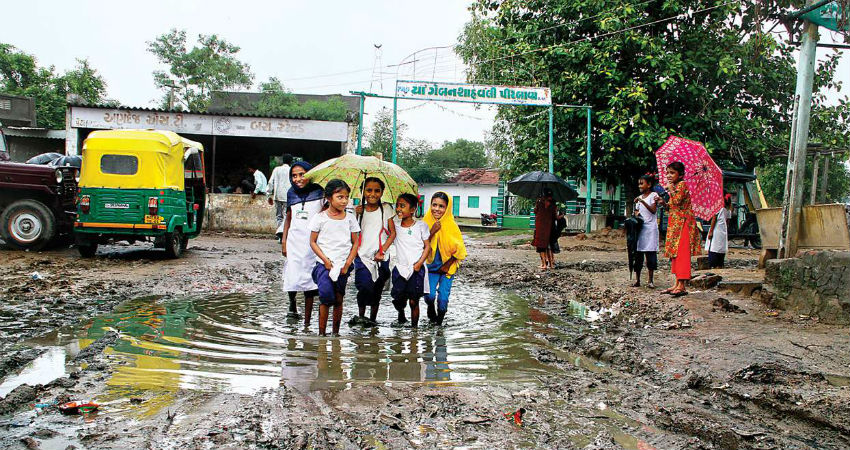 Monsoon took a vigorous turn on Monday over Gujarat, bringing heavy to very heavy rains over several parts of the state. However, city of Rajkot saw extremely heavy rains to the tune of 216 mm of during the last 24 hours, triggering flash flooding.

According to Skymet Weather, these heavy rains were in wake of multiple Monsoon systems affecting the state. The axis of Monsoon trough is running in the close vicinity of Gujarat. Along with this, a cyclonic circulation is marked over Southeast Rajasthan and adjoining areas of Kutch and West Madhya Pradesh. Also, strong winds from Arabian Sea have also been reaching the state.

Now, the the Monsoon trough would oscillate north but cyclonic circulation would persist. Weathermen are predicting moderate rains to continue today as well. In fact. some good Monsoon showers are likely on August 1. These on and off rains would continue till August 3.

July is the rainiest month for Rajkot, with 253.4 mm being the average rainfall. So far, the city has recorded 323 mm of rain and with two more days, we expect this figure to rise further.

As per the flood control cells of Rajkot irrigation circle, 46 dams of the city has reported rainfall. Aji-II and Nyari-II dams in the district recorded inflow of 2,731 cubic feet per second (cusec) and 810 cusecs, respectively.