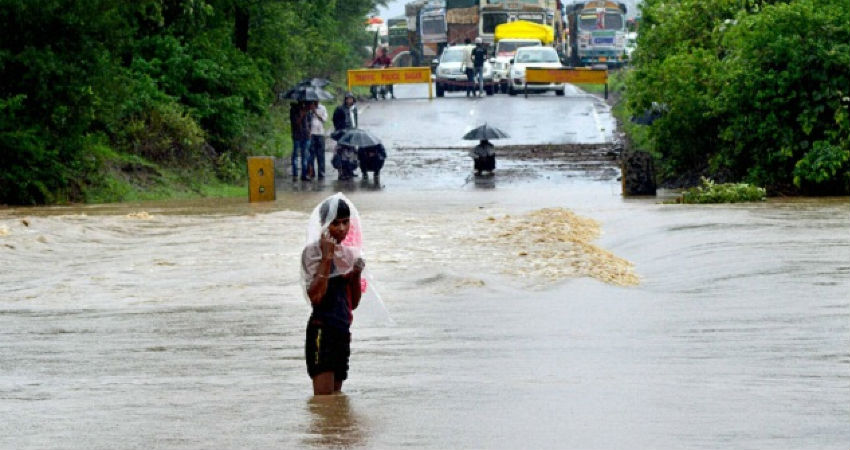 Vigorous Monsoon has given heavy to very heavy rains in parts of Madhya Pradesh, during the last 24 hours. The highest amount of rainfall has been recorded in Damoh at 184 mm. It is the rainiest city in Madhya Pradesh in the last 24 hours. Good rains of 87 mm were also recorded in Sagar, while Ratlam observed 83 mm of rainfall. Guna, Datia, Pachmari, and Betul also reported very heavy rains. More heavy shower is forecast for the state with a warning of flash flood as well.

According to Skymet Weather, a well-marked Low-Pressure Area is over Northeast Madhya Pradesh. This system will give moderate to heavy rains today in the western parts of the state. By tomorrow, the spread of rain will extend up to several other parts of the state.

Moreover, a Cyclonic Circulation is expected to form over Southeast Uttar Pradesh and its adjoining areas around July 6. This system will give moderate to heavy rains in the northeastern districts of the states such as Satna, Sidhi, Umaria and Damoh on July 6 and 7. Thus, we can say that Monsoon conditions are expected to remain active to vigorous until the first week of July.

According to the data available with Skymet from June 1 to July 3, West Madhya Pradesh is rain deficient by 3%, while East Madhya Pradesh by 27 %. We expect the ongoing good rains to ease out the rainfall deficiency. Moreover, these rains have a great potential to trigger flash floods in many areas (the recent one observed in Khargone). However, the heavy rains would be highly beneficial for relieving the water scarcity and in rejuvenating water levels in the reservoirs.

Since July 1, the intensity of rain has increased in Madhya Pradesh and many parts such as Satna, Umaria, Raisen, Hoshangabad, and Malanjkhand have been observing moderate to heavy rains for quite some time now. These rains were a result of a Low-Pressure Area over North Odisha and its adjoining areas.