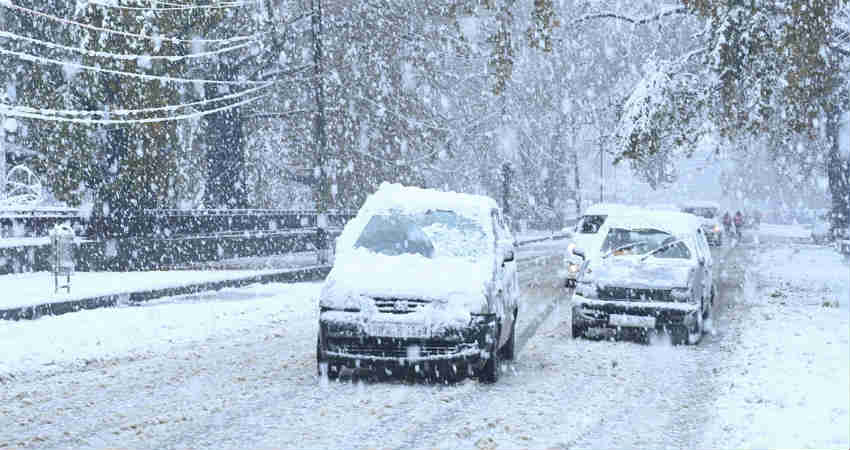 The combined effect of Western Disturbance and remnants of Cyclone Maha has caused widespread rain and snow activities over the hills of North and Northwestern plains in the past 24 hours. These weather systems created early winter conditions and plummeting the temperatures.

The cold wave condition affected the normal life in the hill state on Thursday as the sky remained mainly overcast and intermittent rainfall lashed while high reaches got moderate to heavy snowfall in the past 24 hours. Srinagar recorded 77 mm of rain and snow while Jammu witnessed 53 mm of rain activities.

By November 9, the Western Disturbance would move away and icy cold winds from the snow-clad mountains of Jammu and Kashmir as well as Himachal Pradesh would blow over the northern plains.

These winds would help in dropping down the minimums by three to four degrees Celsius, thereby marking the onset of winters over the northern plains, most probably by November 10.

As predicted earlier by the experts at meteorologists, the Northwestern plains also witnessed rainfall activities. Wherever the rainfall activity was prolonged those places witnessed better Air Quality. The pollutants got settled in wake of heavy precipitation. And, whichever places recorded light rains, the pollution levels didn’t subside much.

In the coming days as well, as the night temperatures will drop further, mist and haze will be a sight in the morning hours. We can say that the pollution levels over Delhi and NCR during early morning and evening hours will be most probably in the very poor category. However, during the day when there will be sunshine, then we can expect pollution levels to be in the moderate category. Also, winds are likely not to pick up the pace, which will be yet another reason for poor pollution levels.

In the coming days, we expect light rainfall activity over the hills while higher reaches may witness some snow as well. In general, we can say that there will be light rainfall and snow activity with moderate at some places.