Weather becomes pleasant as Mumbai rains pay a visit, showers likely during the weekend too 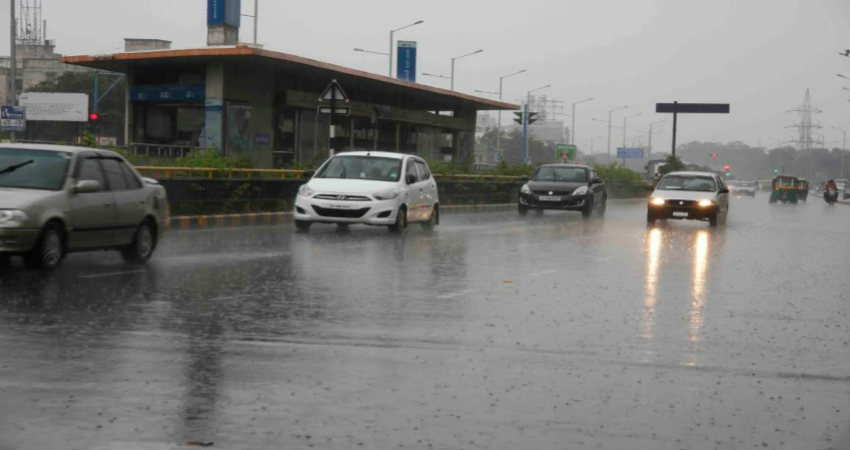 Mumbai weather had become very humid after Southwest Monsoon withdrew from the city. The absence of rains and slight increase in temperatures had resulted in Mumbaikars observing discomfort during the day. Nights were however, comfortable.

Residents had been waiting for some rains to make an appearance and the rain Gods have finally listened to the prayers of Mumbaikars. Light rain has begun in many parts of Mumbai resulting in the weather getting quite pleasant over the city.

These rains can be attributed to the presence of a Low Pressure Area which formed over Southeast Arabian Sea and adjoining Central Arabian Sea. Due to this, strong surge has been affecting the city resulting in rains over Mumbai.

In fact, we can expect some rains over the city of Mumbai tonight and for next couple of days, however, these showers won’t be as heavy as to cause any water logging or flooding over the city. Moreover, these rains will only result in pleasant weather throughout the city.

These rains will be on and off in nature and not be a persistent affair and are likely to continue for a couple of more days which will mean pleasant and rainy weekend for the City of Dreams. During the next couple of days, even when it is not raining, clouding will persist, which will keep the weather pleasant.

Thus, Mumbaikars can bid adieu to uncomfortable weather for at least 2-3 days, after which temperatures will see a rise.