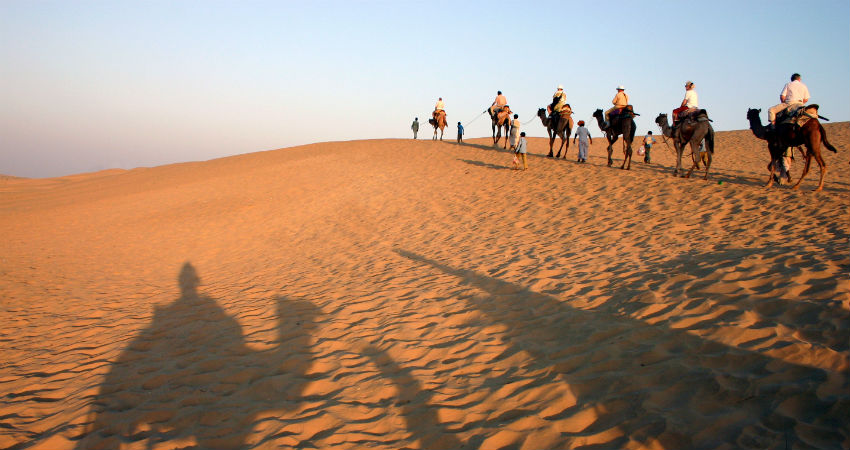 Heat wave to severe heat wave conditions are prevailing in many parts of Rajasthan particularly, Sri Ganganagar and Churu have been boiling hot.

So much so that today, Sri Ganganagar saw the maximum reaching to a whopping 49.6 degrees Celsius. Churu has also seen similar temperatures.

Many other districts have also been seeing maximums between 46 and 47 degrees Celsius. However, light rain was seen over Phalodi during the last 24 hours. Now also, a Cyclonic Circulation is persisting over Central Pakistan and another Circulation is stationed over South Rajasthan.

Thus, isolated dust storm or light rain and thundershowers are expected to occur over eastern parts of Rajasthan during the next 24 hours. Rains will be seen over Sawai Madhopur and adjoining areas.

Heat wave conditions will persist over the state for the next few days as no weather activity is foreseen for the next 8 to 10 days or so. Thus, dry and hot weather will continue and dry and hot winds from west and southwest direction are expected over most parts of the state of Rajasthan.

These winds will be travelling from Balochistan and Sindh where the temperatures are already very high due to which no relief from heat wave will persist.