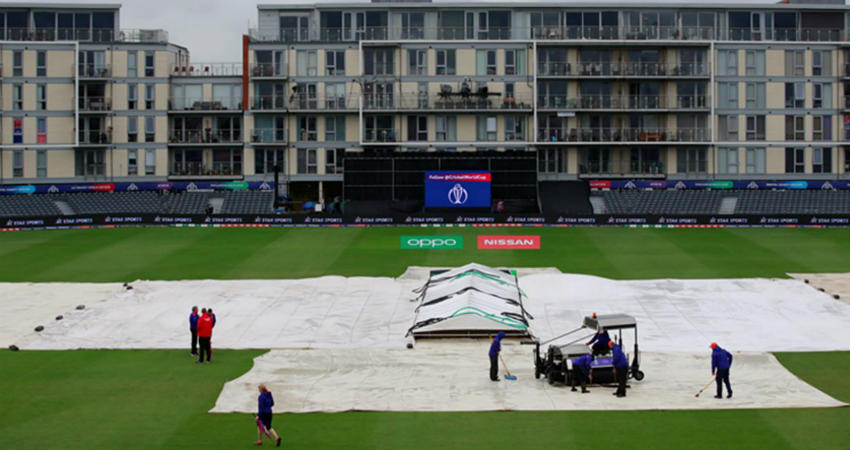 In the ongoing ICC Cricket World Cup in England, rain washed out play in four matches, wherein not a single ball was bowled in three matches. While another match was shortened to 41 overs by the unusually heavy downpours.

The broadcaster Star India is dejected as they are currently staring at an advertising revenue loss of 100 plus crores. Well, much of it will be covered by insurance. However, payments will take their own sweet time and till then Star will still have to bear a substantial chunk of costs.

The chance of rain at the time of the match is very disappointing and results in ad revenue loss for the broadcaster. Some advertisers will also get drenched because of heavy downpours. Star acquired the rights of ICC events for $1.85 billion for an eight-year cycle, out of which around $500 million, or 27%, was allocated to this World Cup.

As per one of the broadcasters, it is a double blow for the broadcasters. They have to pay to the ICC, whereas advertisers will not pay for the washed-out matches. Not only this, but the insurance companies will also take their own sweet time and would try to reduce the claims as much as possible.

Advertisers that had planned World Cup-related activities and promotions are also down in the dumps. Matches being rained out is a big disappointment because the promotions are tailored around the World Cup for the consumers.

Coca-Cola, Amazon, Oppo, Britannia, PhonePe, Havells and Byju’s are among the brands that have picked up sponsorships, ad spots or created tailored World Cup promotions. Fans and experts have been complaining that the matches should have been scheduled for July when the weather is relatively better and unfortunately the lack of full ground covers has been a miss.