What are the chances of snow in Shimla, Kullu, Manali, Nainital and Srinagar this New Year? 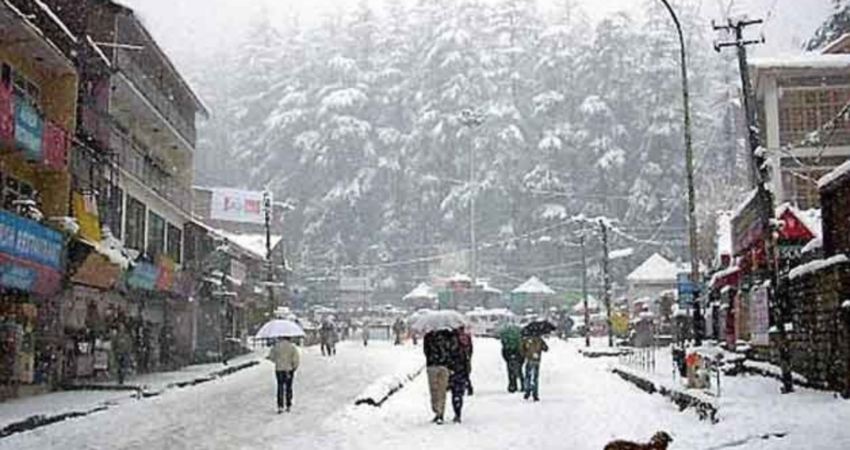 It has been an extremely good start to the winter season in the hills of North India this year. The first spell of snow that happened in the region was on November 6. This spell was fairly widespread with places like Srinagar, Pahalgam, Gulmarg in Jammu and Kashmir and Manali in Himachal Pradesh observing snowfall.

The second round of good snowfall happened in November itself. This time again (November 27) it was widespread with several places in Jammu and Kashmir, Himachal Pradesh and Uttarakhand witnessing the weather activity. The popular hill station of Shimla received its first spell of snow during this period.

The month of December also started on a good note with regular Western Disturbances affecting the region. Between December 13 and December 16 a good round of snowfall was observed in almost all the popular hill stations like Srinagar, Manali, Shimla and Nainital. This spell of snow was in fact the most intense and widespread this winter season so far.

According to Skymet meteorologists, precipitation in the Union Territory of Jammu and Kashmir is 139% excess from October to December so far. Similarly, the hill states of Uttarakhand and Himachal Pradesh are excess by 124% and 66%, respectively.

Meanwhile, the harsh winter condition has taken a little back seat in the hills for the last couple of days. Somewhat comfortable weather condition is going to prevail in the region for about 5 more days. But there is not going to be any relief in the night temperature which is recording sub-zero in several places.

Around December 30 a fresh Western Disturbance is going to approach the hills. This system is not going to be as strong as the one observed around December 13 but it will definitely give some rain and snow in the hills close to the New Year.

The higher reaches will definitely witness snowfall in the wake of this system but places slightly in the lower altitudes may miss it. Therefore, it can be said that the popular tourist destinations like Shimla, Kullu, Manali, Mussoorie, Nainital and Srinagar have a faint chance of observing snowfall during the New Year 2020.