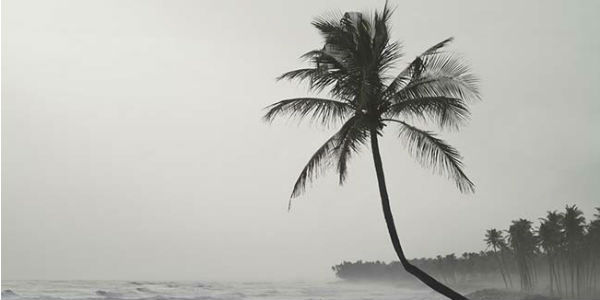 Southwest Monsoon 2018 is around the corner, raising the excitement levels across the country. Though all looked fine at the beginning of May 2018 that indicated towards the timely onset of Monsoon over Andaman and Nicobar Islands i.e. May 20.

However, we have surpassed the date and Monsoon is yet to make an onset over the region. We can all blame it to the development of two back to back cyclonic storms – Sagar and Mekunu in Arabian Sea.

According to weathermen at Skymet Weather, there have been series of disturbances in quick succession in association with ITCZ, with two of them already resulting in formation of cyclonic storms in southern parts of Arabian Sea in close proximity to Indian coastline. Both the systems have been quite powerful, especially Cyclone Mekunu.

Although they both tracked westwards away from the Indian coast, but they continue to influence the wind pattern and driving away all the moisture. Hence, reducing the pre-Monsoon activities over the Indian region.

Cyclone Mekunu, which is yet to make a landfall, is presently in southwest Arabian Sea and is now moving far away from the Indian coastline. It continues to move in favourable weather conditions and is most likely to intensify into severe or very severe cyclonic storm. We do not see the system loosening its strength any time before May 25-26, till the time it makes the landfall.

However, we need not get much disappointed as there is likelihood of another system forming on either side of the Indian coast, which is Arabian Sea as well as Bay of Bengal around May 25. According to weathermen, both the systems would be responsible for the arrival of Southwest Monsoon 2018 in the Bay Islands by May 25 with an error margin of +2 days.

As reiterated earlier, the onset of Monsoon has no direct relation on its further advancement. There have been incidences when Monsoon has progressed in span of 24 hours only. Thus, there is quite a possibility that Monsoon surge would reach Sri Lanka on time as well as over Kerala.

Skymet Weather has already predicted that Monsoon would make an onset over Kerala on May 28, with an error margin of +/- 2 days.