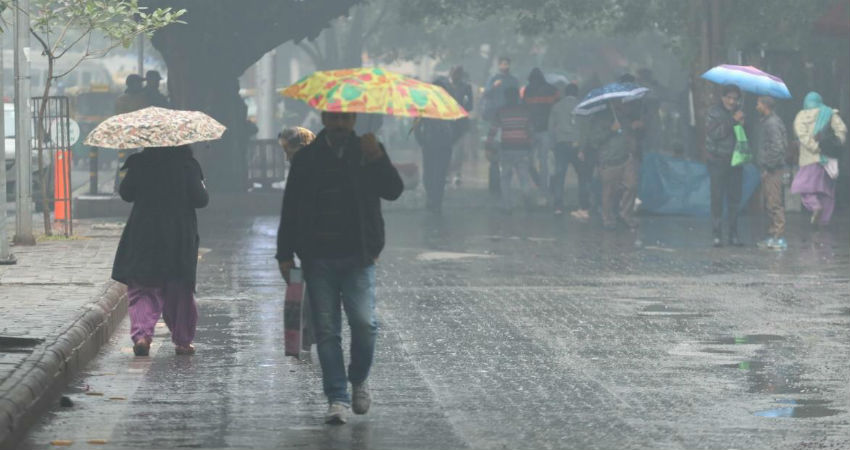 The northwestern plains of the country including North Rajasthan, Delhi, Haryana and West Uttar Pradesh recorded scattered showers on January 27. While parts of North Punjab observed light rain on February 4 on account of an active Western Disturbance (WD). Although there have been multiple WDs since then, they have significantly failed to give any rainfall activity because of their feeble nature. As a result, entire Northwest India has been experiencing dry weather for the last many days.

In the absence of weather activity, the day temperature which was around 20 degrees Celsius during the initial days of February has gone up to 27 degrees in the last 48 hours.

At present, a fresh Western Disturbance is over North Jammu and Kashmir. This system, however, is not going to impact the weather of Northwest India largely except for a marginal change in the temperature pattern. The morning and night temperatures are expected to increase by a couple of degrees as comparatively warmers westerlies are blowing over the region.

By the time this WD makes an exit, another fresh weather system is expected to approach the Western Himalayas, most probably around February 21. Being strong in nature, it might give scattered rain with a few good spells in Punjab, Haryana, Delhi, North Rajasthan and West Uttar Pradesh from the night of February 20 to February 21.

During this period, North Punjab and Haryana may get intense spells of rain and thundershowers. Isolated light rain is likely in parts of Delhi, South Punjab, South Haryana, and North Rajasthan. Meanwhile, scattered showers are likely in West Uttar Pradesh.

Due to rains, the maximums are expected to drop in Punjab and Haryana by 2-4 degrees Celsius, however, minimums may increase and settle around 13 degrees Celsius. The increase in the night temperature may lead to complete abatement of cold weather.