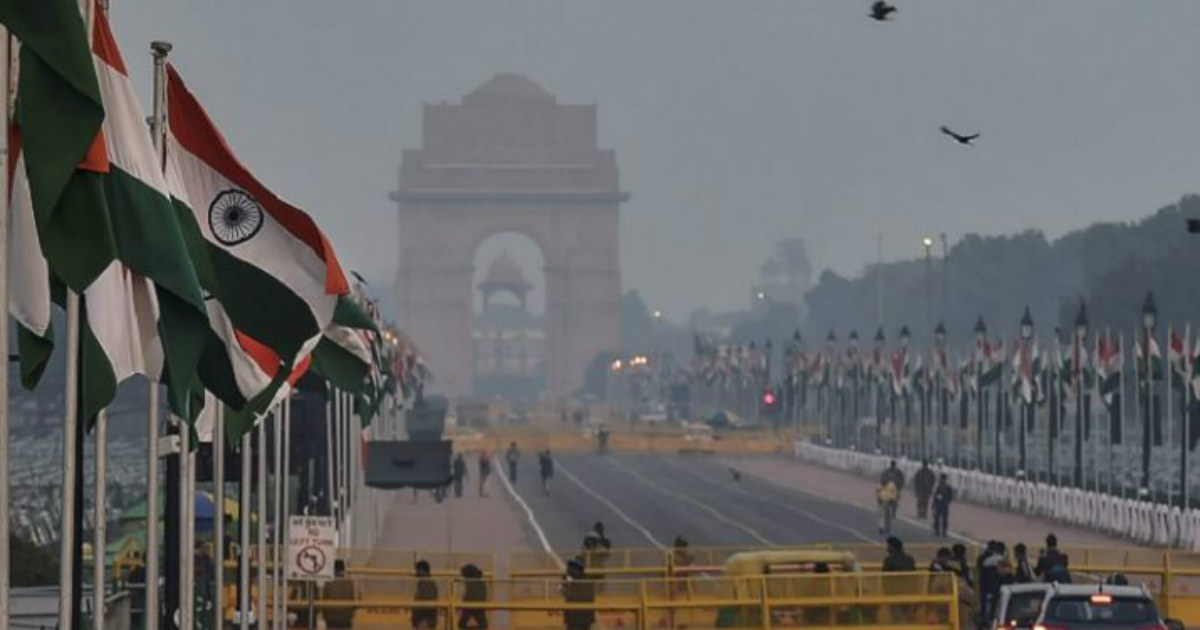 26 January is just around the corner. Republic Day celebrations in Delhi are celebrated with great pomp and show and telecast all through the nation.

The celebrations revolve around two major functions which include the morning parade of January 26 and the beating retreat on the evening of January 29.

Weather plays a big role in both the events as they are conducted out in the open. The two major threats to the celebrations often come in the form of rain and visibility.

In the last five years, it has rained on January 26 in Delhi on two occasions, in 2015 and 2016. In 2018 dense fog blanketed the city whereas, in 2019, the weather remained dry and sunny with good visibility. There’s quite a possibility that the national capital might see clear weather this Republic Day.

The morning might be a little misty but it will not cause any hindrance to the celebrations. It will be a sunny day. The weather will remain mainly cold owing to the season. The minimum temperature will remain around 8 degrees Celsius. And as the day progresses the weather should become clear and comfortable with ample sunshine.

However, the very next day the conditions are likely to change, and some weather activity is expected in the city. A fresh Western Disturbance is likely to appear in the Northern Himalayas.

Due to the Western Disturbance rain and thundershower is likely on January 28 in Delhi. This weather condition is expected to prevail in Delhi and its adjoining areas like Gurugram, Noida, Ghaziabad and Faridabad until January 30. This weather might pose a threat to the ongoing beating retreat celebrations on January 29.