Wind shear zone continues to give heavy rains over Mangalore, Goa, Kannur, Kochi during next 24 hrs 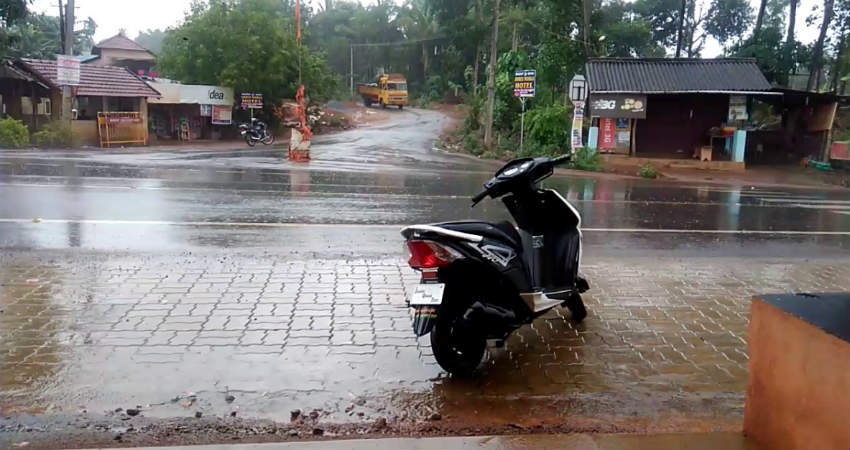 Speed convergence continues to persist over Coastal Karnataka and adjoining Kerala and the wind shear zone is close to Coastal Karnataka and Kerala. A convergence zone in meteorology is a region in the atmosphere where two prevailing flows meet and interact, usually resulting in distinctive weather conditions. This causes a mass accumulation that eventually leads to a vertical movement and to the formation of clouds and precipitation.

Thus, we expect rainfall activities to continue with moderate to heavy spells at many places of Kerala and Coastal Karnataka including Goa. Hence, we can say that the wind shear zone will continue to give heavy rains over Udupi, Karwar, Agumbe, Mangalore, Goa, Kozhikode, Kannur, and Kochi.

As of now, the Cyclonic Circulation is over Odisha and Northwest Bay of Bengal and the system is tilting southwestwards with height. Thus, the rainfall activity will continue over the North Andhra Pradesh coast and adjoining North Telangana during the next 24 hours as well. Mainly light to moderate rains is expected over the area which will be associated with moderate lightning. Rains will decrease over Tamil Nadu and South Karnataka still scattered light rains are possible over these regions.

Whereas isolated yet moderate spells may occur over the coast of Tamil Nadu. The southern parts of Telangana, adjoining Rayalaseema and North Karnataka may receive light to very light rains at few places.

In the last 24 hours as well, heavy spells have been witnessed along the coastline of Karnataka, Goa and northern parts of Kerala. Moderate spells were seen over the rest of Kerala, few places of South Karnataka, Tamil Nadu, Andhra Pradesh coast and isolated over Telangana. In the past 24 hours, Goa, Karwar, Honavar, and Mangalore recorded 65 mm, 61.8 mm, 74.6 mm, and 71.4 mm of rains respectively.