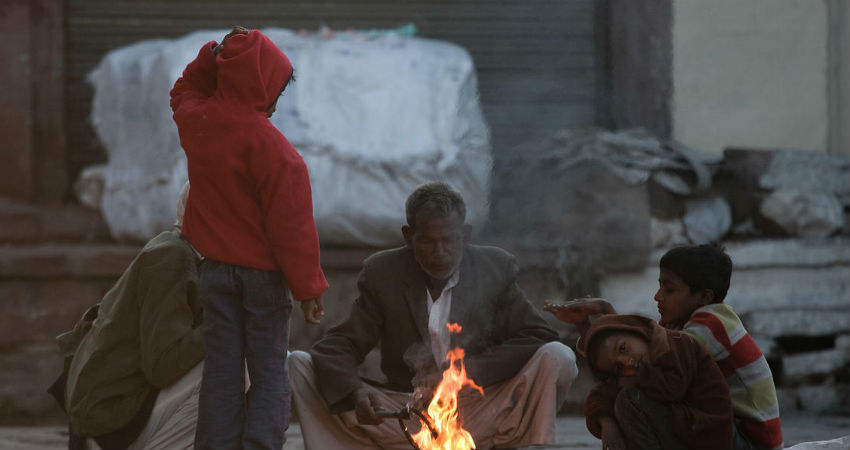 Winter rains have been lashing parts of Rajasthan and Gujarat for the past two days. Moderate rains were observed in Bikaner, Sri Ganganagar, Jaisalmer and Barmer during last 48 hours.

The systems that were responsible for these rains, however, have now started moving away.

According to Skymet Weather, due to the eastward movement of Western Disturbance, its induced Cyclonic Circulation has also become less marked. Thus, rains will subside and weather is expected to go dry in next 24 hours.

The movement of the system has cleared the track for the northerly cold winds, leading to a significant drop in minimums.

In the last 24 hours, parts of West Rajasthan have witnessed a drop of 2-4 degrees Celcius while Gujarat has seen a significant drop of 6-7 degrees. Amidst low temperatures, winter chill has returned to both the states.

Mercury dropped to 11 degrees in Rajkot today morning from 18.8 degrees yesterday. While Porbandar recorded a minimum temperature of 12.5 degrees on January 14.

The icy cold winds from north direction are expected to continue until January 17, resulting in low minimum and maximums for the next few days.

On the other hand, East Rajasthan may observe scattered rain from tomorrow with increased intensity on January 16. These rains would be initially due to a Confluence Zone, wherein dry cold north-westerly winds will merge with humid south-easterlies. In addition to this, a Cyclonic Circulation is expected to develop over West Madhya Pradesh and East Rajasthan, leading to more rain.