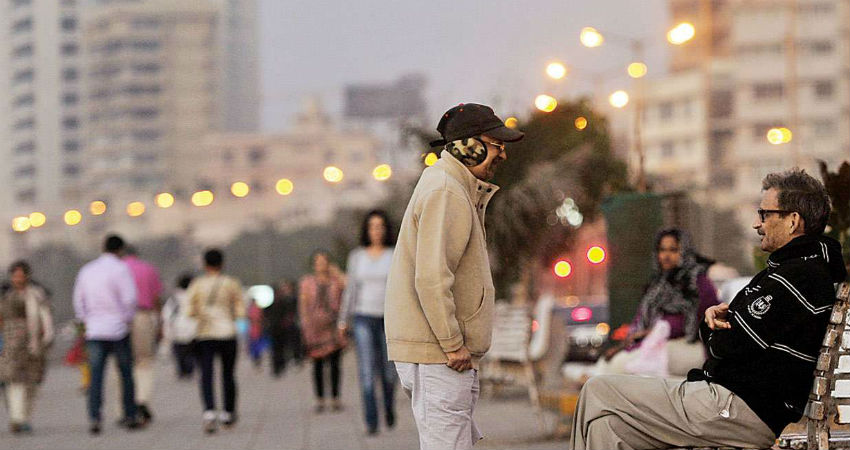 Mumbaikars! It’s time to flaunt your Winter fashion yet again as cool winds from the north have brought the Winter chill back after much anticipation!

According to Skymet’s meteorologists, the last active Western Disturbance of January has moved away, thus clearing the track for cold northerlies. These winds after sweeping North India are reaching up to the central parts of the country such as Maharashtra and Gujarat.

In the last 24 hours, a significant drop has been noticed in both the day and night temperatures of Maharashtra. Mercury in Mumbai has come down to 13.6 degrees today morning from 19.4 degrees yesterday.

Not only Mumbai, but many other cities in Maharashtra have recorded low minimums this morning. For instance, Nashik and Malegaon witnessed a drop of 6 degrees each, with their morning temperatures settling at 7.9 degrees and 10 degrees Celcius respectively. Jalgaon too recorded a single-digit minimum of 8.5 degrees.

Most places in Vidarbha while some pockets of Marathwada too have witnessed a fall of 2-3 degrees and are experiencing below normal minimums.

The cold northerlies are expected to continue for another two to three days. These winds would keep the weather cool and pleasant for next few days. Minimums, in particular, are likely to remain below normal and maximums might also see a marginal drop. This is also going to be the last cold spell of this Winters for Maharashtra.

The city of Mumbai reported its lowest minimum of the season on January 17 at 11.4 degrees Celcius. Since then, the temperatures were on a rise and the reason can be attributed to humid south/south-easterlies.

However, the change in the wind direction during last 24 hours has done wonders and the Mumbaikars can be seen enjoying this chilliness in the weather.

The weather models are indicating a change in the wind pattern of Mumbai February 2 onward. Once again, cold northerlies are expected to be replaced by south/south-easterlies. These winds are likely to travel from Rayalaseema and Interior Karnataka wherein the temperatures are already high. These humid winds may increase the temperatures in the dream city and put an end to the Winters!