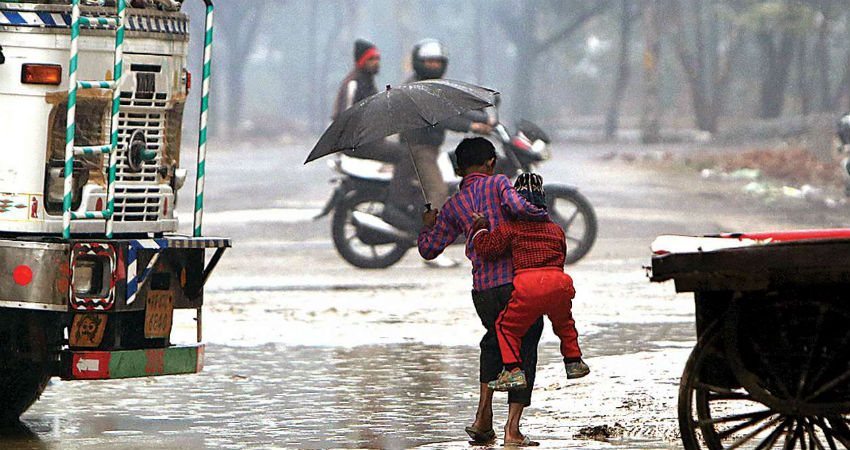 As accurately predicted by Skymet Weather, Delhi and its adjoining areas of Noida, Gurugram, Ghaziabad and Faridabad have been receiving rain and thundershowers since early morning hours. The observatory at Palam has recorded 4 mm of rain until 5:30 am today.

These rains can be attributed to the Cyclonic Circulation over Punjab and parts of Haryana along with the Trough, extending up to Uttar Pradesh across Delhi and NCR. Both systems have formed as a result of a fresh Western Disturbance over the northern hills.

Meteorologists at Skymet have predicted more intermittent showers in Delhi and NCR today. By tomorrow, rains are likely to vacate most parts and continue only in patches, that too with light intensity. This would also be the last spell of winter rain for the National Capital Territory for the January month.

Post this episode, there will be a prolonged gap before another strong weather system forms and brings significant rainfall.

Once the weather clears up, say from January 30, the icy cold northerly/north-westerlies would resume leading to a drop in the minimums by 3-4 degrees Celcius. Day temperatures are also likely to settle below normal for the next few days and winter chill would tighten its grip. These winds are expected to continue until February 1 or 2.

Weather update and forecast for February 05 across India

Successive Western disturbances will continue to give snowfall over Western Himalayas

Dry and warm weather to continue over Gujarat

Winters on a receding note for North Indian Plains