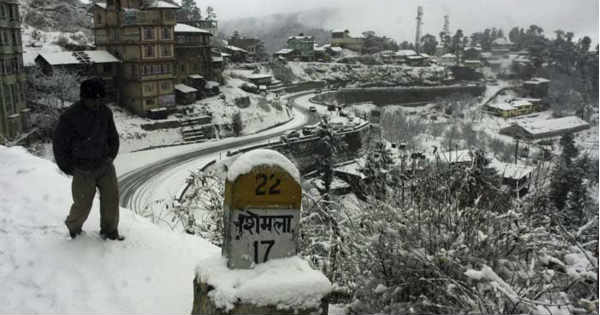 This season winters in hills of North India has set in on time and that too with a bang. Last week, all the three states of Jammu and Kashmir, Himachal Pradesh and Uttarakhand received fairly widespread moderate to heavy rains and snowfall.

Usually winters in the region make an onset with light weather activity but this time it was heavy one. In wake of this both the maximum and minimum temperatures dropped significantly wherein, the earlier were in single digit while the latter one beyond freezing temperatures.

Since the last 3-4 days, weather has been dry but the break was a brief one. According to Skymet Weather, we can expect two back to back Western Disturbances. The first one would be a feeble one, while the latter would be stronger.

First Disturbance would be seen affecting around November 9. Thus, from November 9-11, we can expect light rain and thundershowers over Jammu and Kashmir and Himachal Pradesh. But isolated spell of light snowfall also cannot be ruled out over the higher reaches.

This system would be shortly followed by another around November 12 and this is when intensity will pick up pace. We can expect another round of fairly widespread rain and snowfall over Jammu and Kashmir and Himachal Pradesh on November 13-14.

Uttarakhand would also see light to moderate rain at many places during this time.

Talking about temperatures, weather would be chilly, and minimum may rise marginally until November 10. Thereafter, both day and night temperatures would witness significant drop.