With India gearing up for Southwest Monsoon 2020, know the present status of El Nino 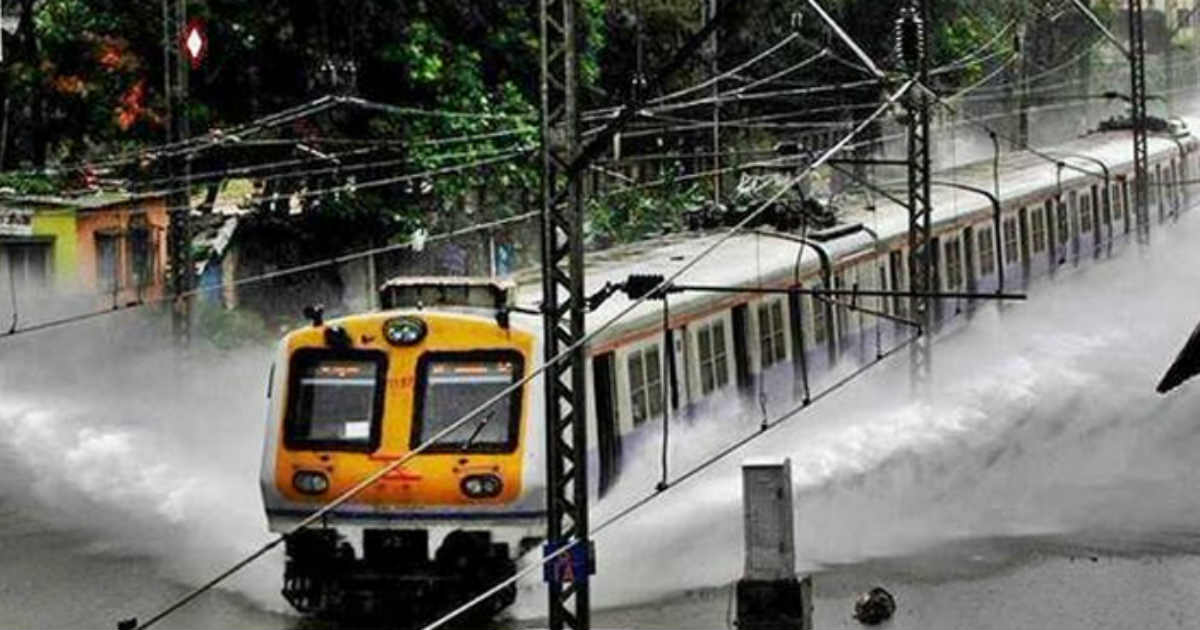 Countdown to Southwest Monsoon 2020 has begun with just three months to go. With this, meteorologists across the world have started contemplating all the possible oceanic parameters that could impact the performance of four-month-long Monsoon season.

Among all the parameters, the key one is El Niño which is invariably linked with below normal Monsoon rains. This dreaded phenomenon or even the slightest presence of its conditions can corrupt the entire rainy season, not just in India but across many geographies. However, it is of more critical concern for India, as the country is still dependent on Monsoon rains for its main crop season 'Kharif'.

The abnormal warming of surface ocean waters in the equatorial Pacific, which occurs every two to seven years, is termed as El Niño. El Niño is declared when the Oceanic Nino Index (ONI) that is based on SST departures from average is greater than or equal to 0.5°C for overlapping 3 months.

El Niño conditions in the Tropical Pacific Ocean are known to shift rainfall patterns in many parts of the world. This in turn affects the wind patterns and triggers both floods and droughts in different parts. Such an event is usually characterized by extreme weather events. But nonetheless, few places across the globe are also benefited by El Niño.

Although El Niño conditions vary somewhat from one episode to another but the strongest shifts remains firmly constant in the region as per respective season. To be precise, there is no rule book on how El Niño behaves as it might even corrupt at its peak suddenly or might stay for months. As of now, no two episodes have behaved in similar manner.

Normally El Niño events usually lasts from 9-12 months but there has been exceptions as well wherein El Niño might spill to two years also.

Moreover, it is not just the Southwest Monsoon season that is getting impacted, but the rest of the year also see substantial changes in the rainfall pattern as well as in the other seasons of the year. While we see warmer winters across North India in an El Niño year, South Peninsula witnesses drier pre-Monsoon season and above normal rains during post-Monsoon season or Northeast Monsoon.

However, ability to predict warm and cold episodes of El Niño has improved up to great extent over the year but much remains to be desired. There has been definite improvement is in terms of density of data observation and number of observation platforms. Also, there has been better human understanding of tropical, oceanic and atmospheric processes which have helped in overcoming the biasness of numerical weather models.

Numerical weather models have too improved manifolds. Both the dynamical and statistical models are run nowdays, with prior having an edge over the latter in terms of reliability, predictability and accuracy. All these scientific advancement in these spheres have definitely helped in reading El Niño better. With this, we can prepare ourselves from getting impacted at least to some extent.

Since 2019, Pacific Ocean has been on the warmer side though remaining in the neutral phase. Western half of the Pacific that includes Nino 4 and Nino 3.4 is warmer than the eastern half that has Nino 3 and Nino 1+2.

Nino 3.4 that hosts El Niño continues to be warmer than average for last many months. There has been many fluctuations seen in the values but has remained above zero throughout. The latest weekly sea surface temperatures (SST) in the region is 0.2 degree Celsius. The threshold zone for El Niño is between -0.5 degree Celsius and 0.5 degree Celsius. The following table would give you better understanding of how temperatures have been fluctuating during the last five weeks.

Going by further projections, there is 60 per cent probability of ENSO neutral conditions through spring, that are likely to continue through summer with 50 per cent chance. With this, we do not expect El Niño to have any bearing on Southwest Monsoon 2020, unlike in 2019 wherein it had delayed the Monsoon onset as well as had led to drought conditions in June. 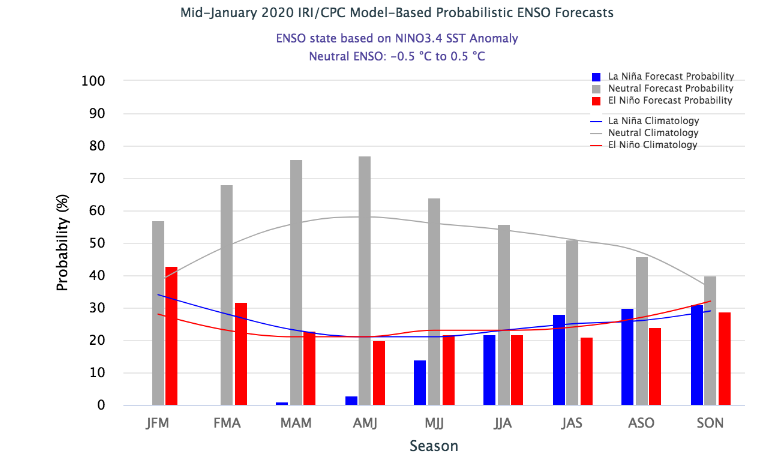 According to weathermen, this is the perfect time for reading El Niño projections as they are the closest to reality. As we progress further in the season, we are approaching spring barrier wherein ocean waters starts heating up. By March, sun starts moving up closer to the equator towards Northern Hemisphere. Due this movement, sea water starts heating up, providing superficial temperatures. With Spring season lasting for two months, the SSTs during this season are not dependable.

Thereafter by May, the sun moves further northwards and there is a change of season as well. As the Monsoon sets in, we would see SSTs changing again, moving back to original status.