With potential cyclone brewing in Bay, stormy days ahead for Tamil Nadu, Chennai 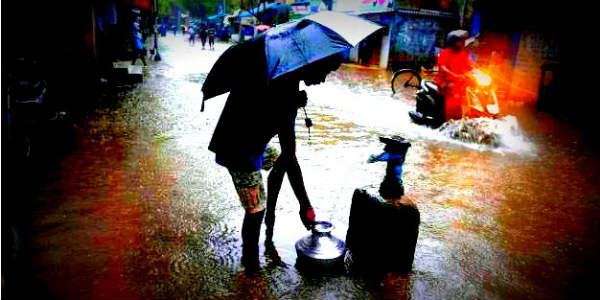 It seems that the wait for season’s maiden cyclonic storm is going to end soon. Skymet Weather has already indicated towards a likely depression in Bay of Bengal, which has fair chances of intensifying into a tropical storm by early next week. If this forms, the cyclonic storm would be named as ‘Fani’.

With this, speculations about the track of the possible cyclonic storm have started doing rounds, with several models indicating towards different tracks. All eyes are now on whether it would head towards the Indian coast of Tamil Nadu and Andhra Pradesh or re-curve and move towards Myanmar or Bangladesh.

According to weathermen, there has been a consensus on the formation of the tropical storm but not on the track so far. Initially,  the system which is presently just a cyclonic circulation over extreme Southeast Bay of Bengal and adjoining Equatorial Indian Ocean, would be tracking northwestwards.

By April 25, it is likely to induce a low pressure area and thereafter into a depression by April 26. By this time, it would have moved to Southwest Bay of Bengal and adjoining Indian Ocean.

However, there is an uncertainty about the track thereafter but as it will travel in favourable weather conditions, it would continue to gather more strength.

Going by scenario 1, the likely storm Fani is likely to track northwest and hit Tamil Nadu coast. If this happens, Tamil Nadu, particularly its north coastal areas would encounter stormy weather. Spells of heavy rains, intense thundershowers, high velocity winds, lightning, flooding, rough sea conditions will be seen during that time, which is around April 29.

Chennai, which has been battling hot and sultry weather for long now, would also see good rains. Weathermen are of the view that the potential cyclone may cross the coast from the close proximity of Chennai, bringing some flooding rains. 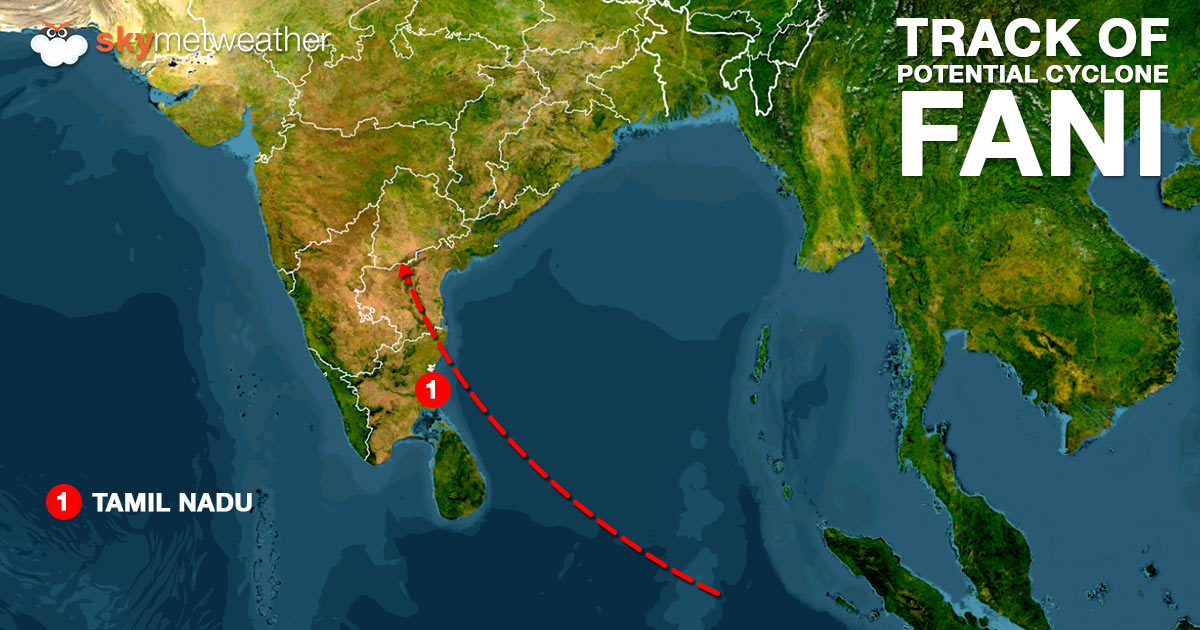 Going by scenario 2, weather models are indicating that after reaching Southwest Bay of Bengal as a depression, it is likely to re-curve and move northeastwards. The system would then be heading to either Myanmar or Bangladesh coast.

Nonetheless, while re-curving it would skirt the East Coast and as a result, we might see some rains over coastal stations of Tamil Nadu and Andhra Pradesh. However, we can expect cloudy sky, bringing light rains with few moderate spells. The effect of the system in that case would not be as intense as in the scenario one. 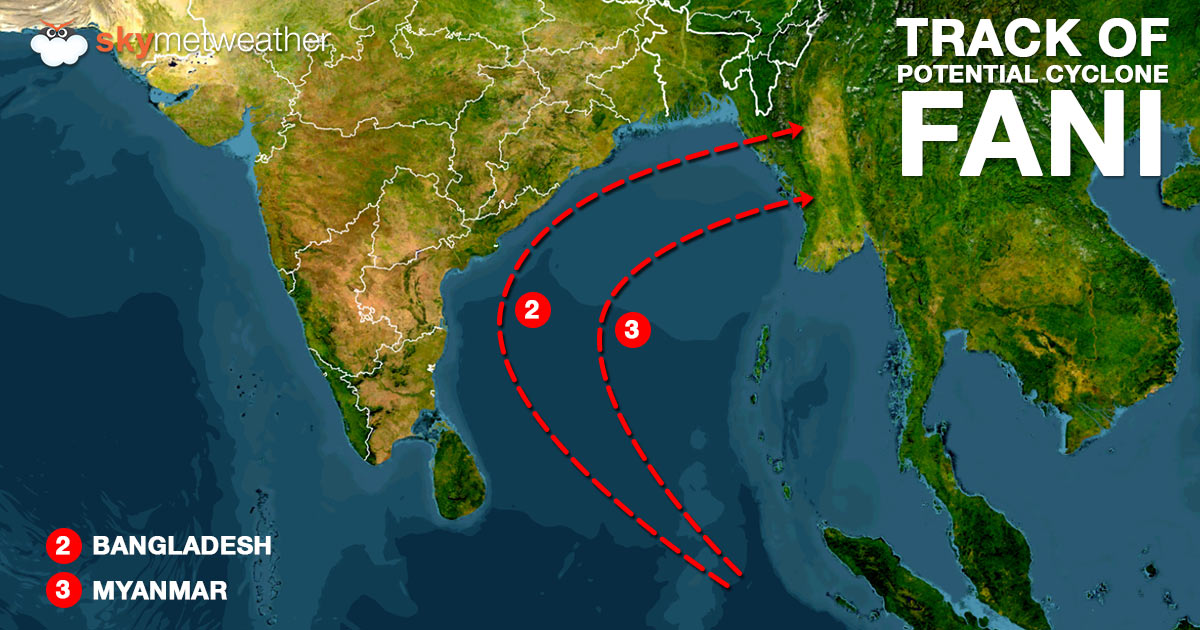 Out of the two scenarios, majority of numerical weather systems are in favour of the former than the latter. However, since we have six days in between, we need to wait and watch. The picture would be clearer by the end of the week.