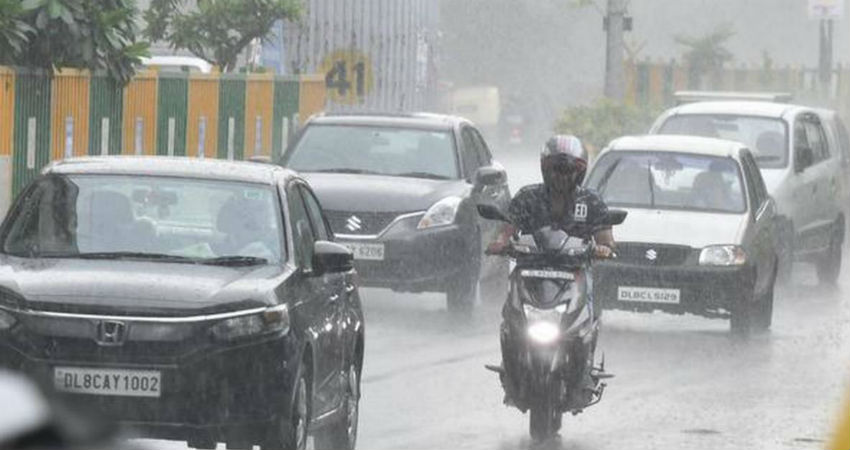 However, rain and thundershowers are still being experienced in parts of Rajasthan.

The western parts of Rajasthan by this time generally dry up but it is the other way around this year.

The humidity levels over Rajasthan is still somewhere between 60-70% against the normal levels of 40-50%. The average humidity by this time generally dries up and comes down which is certainly not evident this time.

By the fag end of September itself, the maximums over here start hovering around forty degrees, that is after the official withdrawal, Rajasthan gets heated up.

Going back to last year in the first week of October, several places in Rajasthan recorded temperature more than forty degrees. While in 2017, temperatures were around forty-two degrees, which is a very common phenomenon for this time of the year.

Whereas this time the day temperature is running below normal by five to seven degrees in wake of rainfall activities.

Now, as we have mentioned earlier as well, we need to have a set of parameters to fall in line.

a)Withdrawal from extreme north-western parts of the country is not attempted before September 1.

The following major synoptic features are considered for the first

withdrawal from the western parts of Northwest India.

i) Cessation of rainfall activity over the area for continuous five days.

Here the main feature which comes up is the Anti-Cyclone which is indicative of good weather as it leads to a rise in temperature, change in wind direction, fall in humidity and less rainfall activity and cessation of Monsoon systems over Rajasthan.

There are some preliminary indications/signs of such conditions within a weeks' time and we expect the withdrawal somewhere around October 10 or so.

Once again, we would like to mention here that the withdrawal doesn’t mean the total absence of rainfall, patchy short duration light rains can be seen particularly within the onset of withdrawal.

Since the withdrawal of Monsoon is overdue and within a short span of time that is within days it might cover a large area of Northwest India including and extending even up to national territory, Delhi.