Catastrophic Australian blaze deadly for human beings and properties too 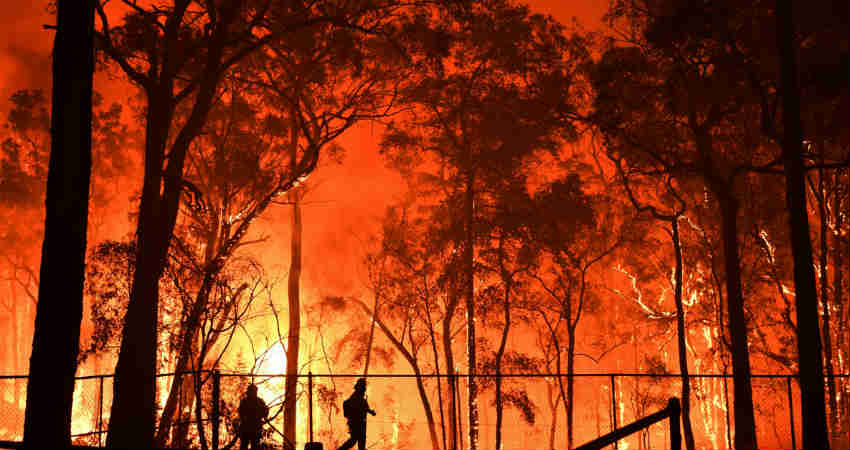 Australia has witnessed its worst spring in terms of bushfires as millions of hectares have been burned, lives lost, and hundreds of properties have been destroyed. The “bushfire” season typically peaks in January and February and it has already begun.

In November, long-term drought conditions combined with strong winds to create ‘catastrophic’ fire conditions on the east coast of Australia.

It is definitely difficult to get hold of the geographical scale and speed with which the fires spread. For instance, there are at least two current fire grounds west of Port Macquarie that are both over 100,000 hectares (250,000 acres) in size, and at least 1m hectares have been burnt in northern New South Wales this year so far.

NASA operates a hotspot detection program that identifies fires on a daily basis. Hotspots can also show up where there isn’t a bushfire for other reasons.

Heatwaves in South Australia and Victoria have fanned fire emergencies across state lines. Record-breaking temperatures across Victoria helped spark more than 60 bushfires in a stark preview of what could be a terrible bushfire summer.

As 100km/h winds picked up, the heatwave moved from north to south, leaving no part of the state untouched.

The state's highest bushfire warning - Code Red - was issued for central and northwestern parts of the state.

There have been recurrent fires in tall, wet eucalyptus forests, which normally only burn very rarely. Even Australia’s fire-adapted forest ecosystems are struggling because they are facing increasingly frequent events.

There is a strong epidemiological association between smoke and respiratory and cardiovascular health. A huge fraction of the population along the east coast—maybe a third of the total Australian population of 25 million—have been exposed to dangerous smoke levels. This will be costly to the health and hospital systems and take people’s lives. Smoke pollution is currently killing far more people than the flames, and it’s not over yet.