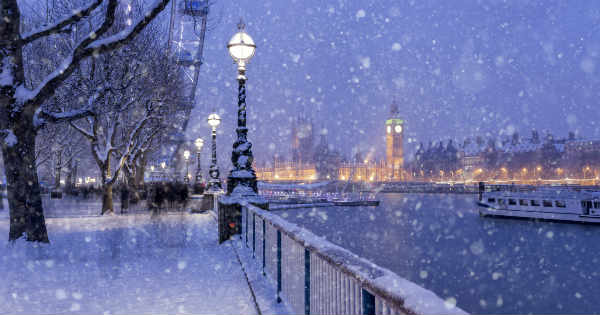 The United Kingdom is all set to witness cold temperatures with a great possibility of snow and ice. The central and eastern Europe will have to bear the brunt of such chilly weather. As per the weather forecast chart, South Germany, Austria and North Italy could possibly face the maximum levels of snow and ice in the coming days.

As per Weather Trending’s Meteorologist, John Hammond, there is a possibility that the easterly winds would bring much colder air. He also warned that further wintry wet spells are possible before the end of February. The current warm weather front moving northward into the Atlantic Ocean is likely to allow a colder weather front to replace it. He further mentioned that high pressure would be blocked thus drawing cold air from the east.

It is also suspected that frosty weather might linger on into March. Several snowfall events would be witnessed, most probably in association with blocked easterly spells, thus bringing enhanced cold weather. This cold weather is expected to arrive as early as next week and there would be an ongoing risk of snow through the next few weeks. Thick fog could affect the airports over the weekend because of the cold snap affecting the regions of the United Kingdom.