Heat wave in France could bring temperatures to 40 degrees Celsius, Paris to be most affected 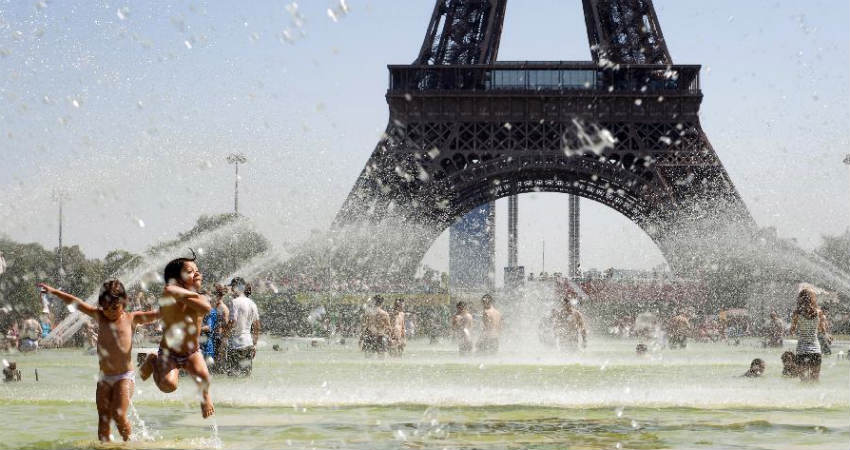 France is propped for a heatwave with temperatures all set to surpass 40 degrees Celsius this week – conceivably breaking the record for June. Temperatures were foreseen to achieve 35 degrees or more on Monday, and climb considerably further until the crest on Thursday and Friday.

The north of the nation, including Paris, will be most affected influenced. Fountains have been set up temporarily and pools will remain open later as a feature of an extraordinary heat plan.

Water will likewise be circulated, and a consideration plan will be placed in actuality for people including the elderly, as high humidity will make 40 degrees feel like 47 degrees in the capital.

France, Germany, Switzerland and Belgium could all observe records for June broken in the coming days,  yet France is especially mindful of the perils presented by the sweltering climate.

Correlations are being drawn to the heat wave France observed in August 2003 which claimed 15,000 lives.

Météo-France, is cautioning that temperatures may not fall until the next end of the week – even during the evening, when most minimums will settle above 20 degrees in many areas. Many parts are vulnerable.

The level three extreme heat plan has been activated for the city of Paris, and the level four, the most extreme, has never been used.

Some portion of that arrangement includes assigning 900 "cool places" that have lower temperatures than the encompassing city streets, for instance parks, public halls which are air conditioned, and regions where temporary fountains,  wellsprings and mist machines have been set up. The city is additionally keeping 13 more parks open around evening time for individuals to chill off in.