More rain and snow ahead for Jammu and Kashmir, Himachal Pradesh, Uttarakhand 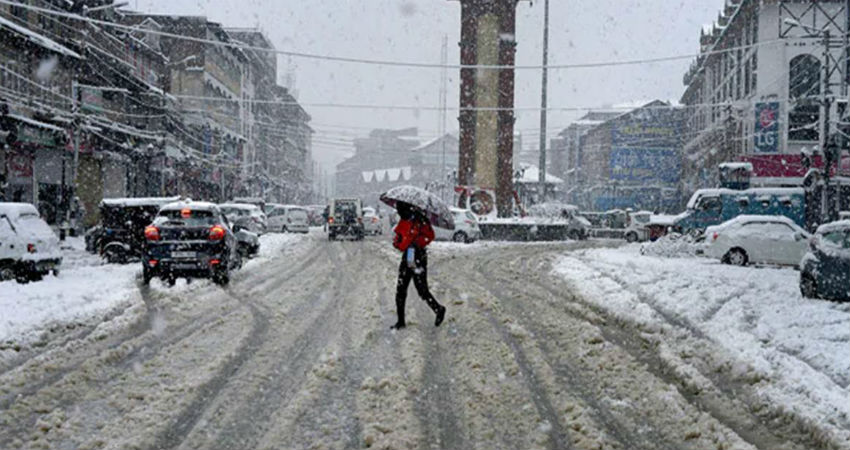 After giving ample rain and snowfall activities over the hilly region of Jammu and Kashmir, Ladakh, Himachal Pradesh and Uttarakhand, a day before yesterday, the Western Disturbance has now moved away in the eastward direction. Uttarakhand remained the most effected state during this time while other hilly states, including Himachal Pradesh and Jammu and Kashmir received very light activity.

However, yet another Western Disturbance has approached the hills yesterday evening which has again induced some fresh weather activities over here. During the last 24 hours, multiple places in Himachal Pradesh and Uttarakhand managed to receive some rains. While Sundernagar recorded 1 mm rain, Tehri 6mm, Mukteshwar 10 mm and Pantnagar recorded 5 mm rains.

Going by the forecast, this rainy spell is going to continue over the region until today evening. This time as well, Uttarakhand will remain the most affected state.

As a matter of fact, as soon as this system passes away, yet another Western Disturbance will approach the hills (by January 20). This will be a widespread activity spanning over two days. This system will affect the combined hilly region of Jammu and Kashmir, Himachal Pradesh and Uttarakhand.

It is after a very long time that the hills are witnessing exceptionally high frequency of Western Disturbances this Winter.