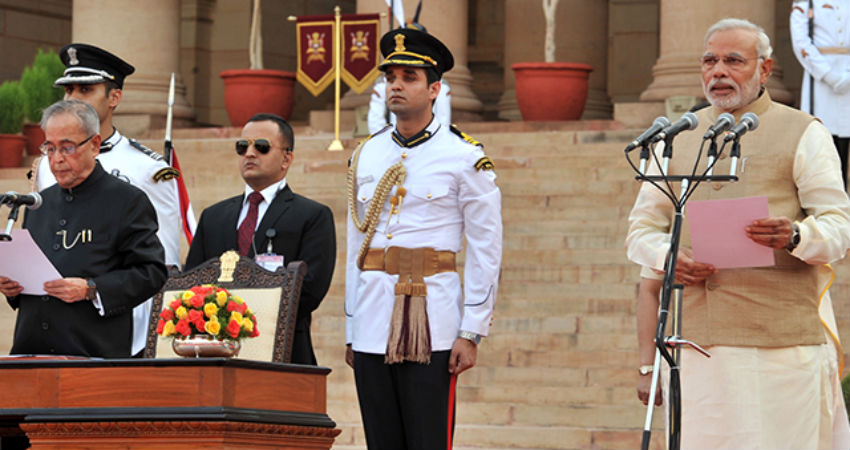 Prime Minister Narendra Modi has been re-elected for a second term with a massive victory.  Modi will be taking an oath at the Rashtrapati Bhavan in Delhi with new council of ministers tomorrow. The ceremony will begin at 7 PM, and be attended by BIMSTEC leaders. The Bay of Bengal Initiative for Multi-Sectoral Technical and Economic Cooperation is a group of countries including the countries of Bangladesh, India, Myanmar, Sri Lanka, Thailand, Nepal and Bhutan.

This time, at least 7000 people will be attending the ceremony which will be at least three times the number of people last year. Talking about the weather conditions will have clear sky conditions with the day being hot and windy. Loo conditions will also persist. In fact, it is likely to be one of the hottest days tomorrow.

Yesterday, Safdarjung observatory recorded 42 degrees Celsius which will increase today at 43 degrees. Moreover, tomorrow the maximum will settle at around 44 and 45 degrees Celsius. Heat wave conditions will prevail.

While the ceremony is at 7 pm, temperatures are expected to be above the 40-degree mark. The season’s highest maximum settled at 43.7 degrees in Safdarjung, and 45.3 degrees in Palam on April 30.

The reason for these temperatures can be attributed to drier northerly winds from across the border where the temperatures are settled at 47 degrees Celsius. Maximums in Rajasthan settles in excess of 45 degrees. Moreover, no weather activity has been seen for last three days, due to which heat has gotten accumulated. In fact, six of the world's hottest cities today are from India.

Not only this, election campaign saw Pre-Monsoon activity dominated by heat but swearing in will have temperatures even more.