Why is Winter in Kolkata Amazing? 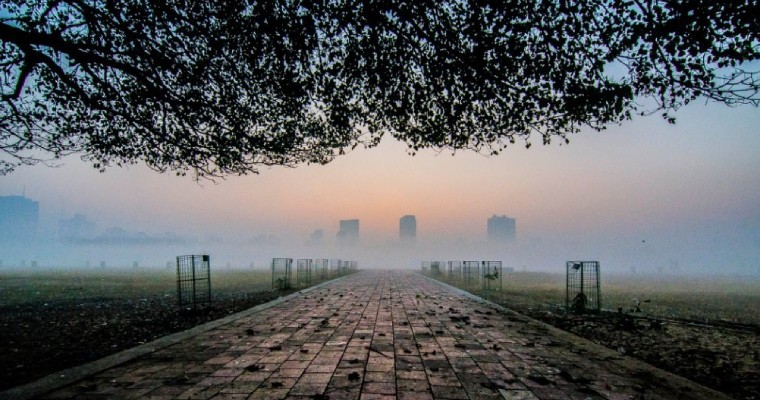 Kolkata is one such modern city that packs its history in its arms, makes sure that it holds on to its culture and carries the traditional values of its own. The city which hardly fears to experiment with something new stands true to its name: The City Of Joy. Here are top 10 reasons why one must make a trip to Kolkata.

Kolkata sits at a perfect location that floats it away from the low temperatures of north and the skin burning heat of south. This is the city where you can do without the Air Conditioning and have comfortable summers. (Image Credit: devianart.net)

Delhi may be known for its bone-chilling winters but Kolkata is the place which makes winters pleasant. The unannounced showers to enjoyable winter sun, the city packs the best that winter has to offer. Bonus: Unlike the picture which depicts the stereotypical Bengali reacting to mild winters the weather actually doesn’t allow you to don 3-4 layers of clothes. (Image Credit: jhinuk11.blogspot)

If there was any heaven for any foodie, it has to be Kolkata. The city food is like an explosion of taste and flavors. From the amazingly spicy and tangy street food like phoochka, jhaal muri to delicious flavors of French food at Park Street’s Peter Cat, the city packs all. Also a huge shout out to Gol Bari and their delicious mutton curries.  (Image Credit: theculturetrip.com)

By far, Kolkata is the place which can be termed as the literature capital of the country. The city hosts the bucket of festivals like Lexpo but a regular hustle bustle at Rabindra Sadan and Nandan. But what makes the city of joy the hub of literature is the Book Fair. The fair is flooded with people in the ear of Kindles and E-Books. (Image Credit: maamatimanush.tv)

Kolkata is the only city in the country that has a fully functional and operational Tram transit system. The city still holds on the classic mode of transport which was one of the founding stones of the city’s history. (Image Credit: makemytrip.com)

In India, if they were to find three pillars of football, Kolkata is the place that would come right before Kerala and Goa. The madness and excitement about ‘the beautiful game’ is titillating. The rivalry among the I-League clubs Mohun Baghan and East Bengal goes back at least a century. (Image Credit: wikipedia)

In all honesty, Kolkata is the only place in country which is free of any prejudices about the livelihood of a being. Having said that people are always willing to help but at the same time mind their own business. They people are more open to ideas, vivid sexualities, and discussions about variety of topics in general. (Image Credit: Flickr)

May it is because the British invaded Kolkata first ot Mother Teresa was here or whatever the reason is – Christmas is huge in the city. People from all walks of life and religion celebrate the birth of Christ. (Image Credit: thestatesman.com)

If we were to thank British for their contribution to the Indian culture, then it would be definitely because of the architecture. City’s elegant structures and beautiful handcrafted marble work is something that pulls the tourists from around the globe. (Image Credit: itimes.com)

You can take the sweets out of Kolkata but it is impossible to take the Kolkata out of sweets. City packs some of the delicious and soul-stirring sweets that human being has ever known. (Image Credit: topyaps.com)